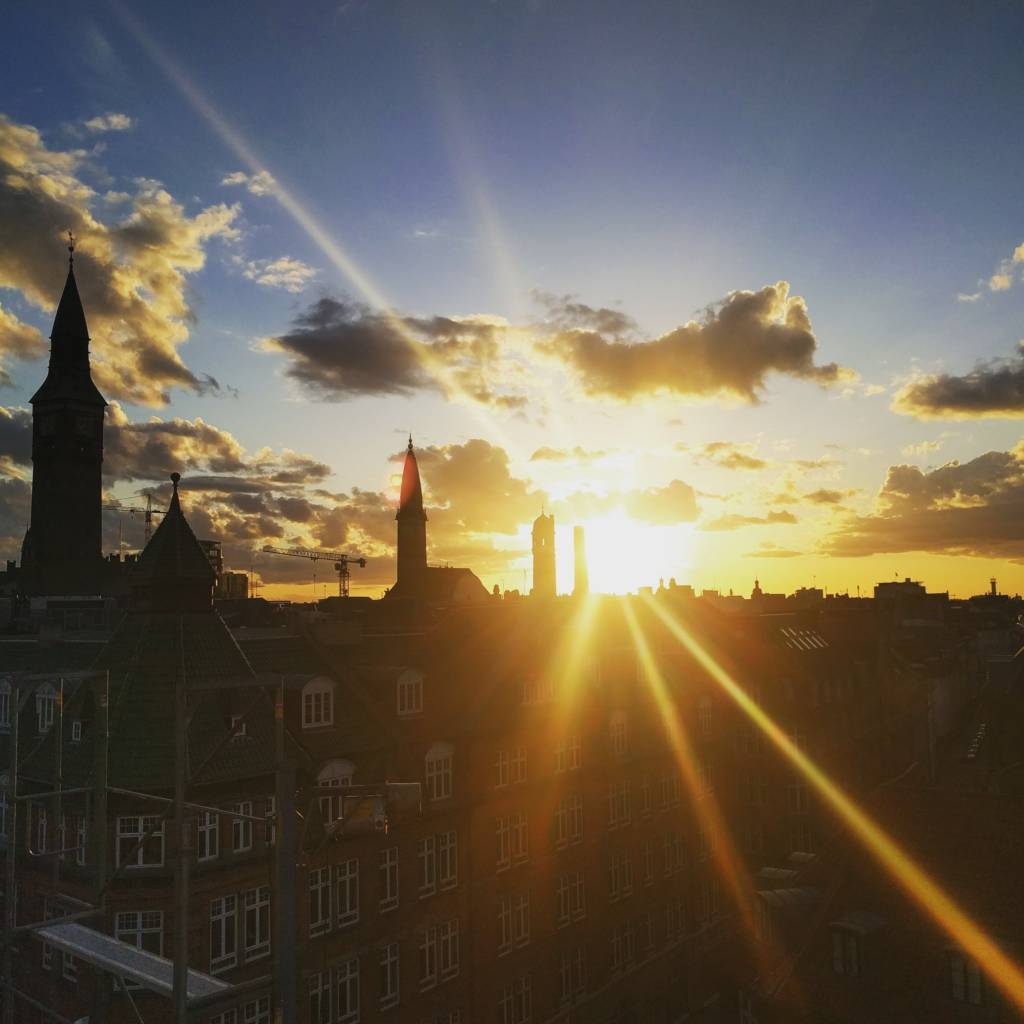 While I was in London, I started this new habit of choosing where to go next. As you may of noticed I've been traveling by plane and bee-bopping around Europe. When I've been in a city for about a week, I go to SkyScanner and look for the cheapest flight. Instead of putting in a specific location, I search "Everywhere." Less than 24 hours in advance I booked a $7 flight from London to Copenhagen. No, that is not a typo, seven US dollar flight the day before. There was tons of things to do in Copenhagen and the city did not disappoint!

Once I hopped over to Denmark, I instantly fell in love with the city of Copenhagen. Everything is old and beautiful, with cobblestone streets and old buildings filled with history. First thing I did, as usual, was go on a free walking tour. Our guide took us around the city for 3 beautiful hours. 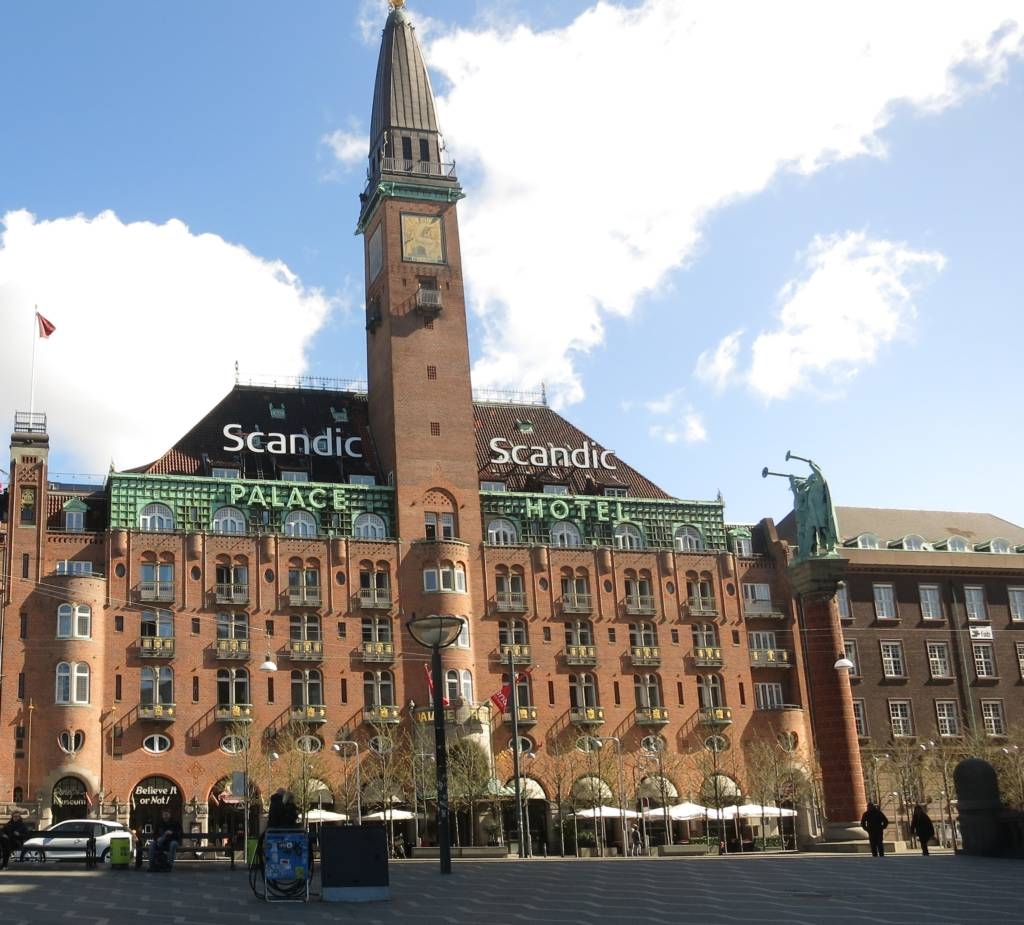 I found that Danish people speak impeccable English and most had better grammar than I did. They are also incredibly friendly, unless you are in what I like to call, the "kill zone." The kill zone is the bicycle lane. Everyone rides bikes in Copenhagen, but if you accidentally wander on foot into this designated path, prepare to be ran over, shouted at in Danish, or receive a number of hand gestures, which I can only assume mean, thank you for visiting our country, have a nice day!

On the walking tour, we passed by many statues and historical monuments. One in fact being a statue with two men blowing horns. It is said that the men will blow their horns when a virgin walks by. I think it must have been broken during the week I was there, because I passed by multiple times and never heard anything!

I can deduce the history of Copenhagen into 3 words: It. Burned. Down. Basically, any building of some importance was burnt to a crisp multiple times. In an attempt to make the fire rescue easier, they began constructing the buildings without 90 degree corners. Any buildings built after the fire of 1795, will have the corner chopped off. This is because when they brought the hose around the corner it would get kinked on the edge of the building. 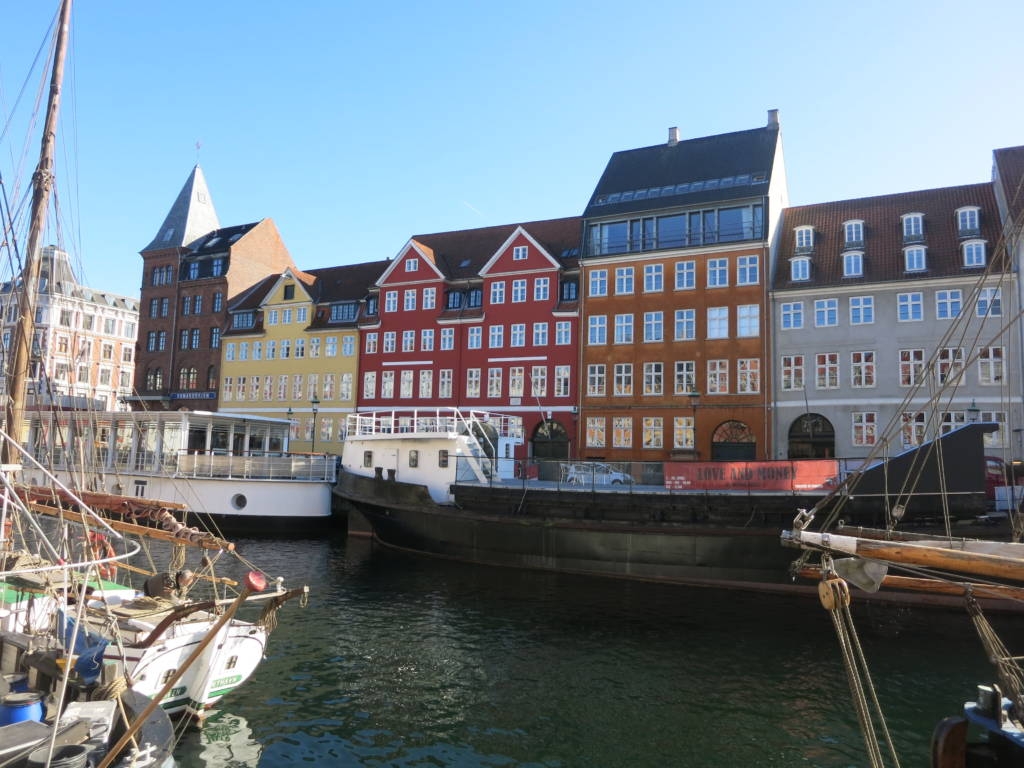 One of the famous spots in Copenhagen, Nyhavn, was also where Hans Christian Andersen lived (more on him later). Now, when Hans lived here it was the worst part of the city. This is where the prostitutes and beggars lived. The city decided to bring boats in, establish nice restaurants, and kick the peasants out. They did this by making it a port. Problem was how would the make the people stay? Some how, the bridge broke (yeah, convenient), so the ships stayed and so did the people with money. Obviously, now the bridge is fixed, but I thought it was a good, sneaky story.

Denmark is known for it's castles, so I was in heaven. Rosenborg castle was the first I visited. It's nothing to write home about, don't waste your money. We went through the castle TWICE in twenty minutes. When we got to the end of the tour the first time, we figured we had to have missed a major part of the castle and went back a second time. Nope, that was it. 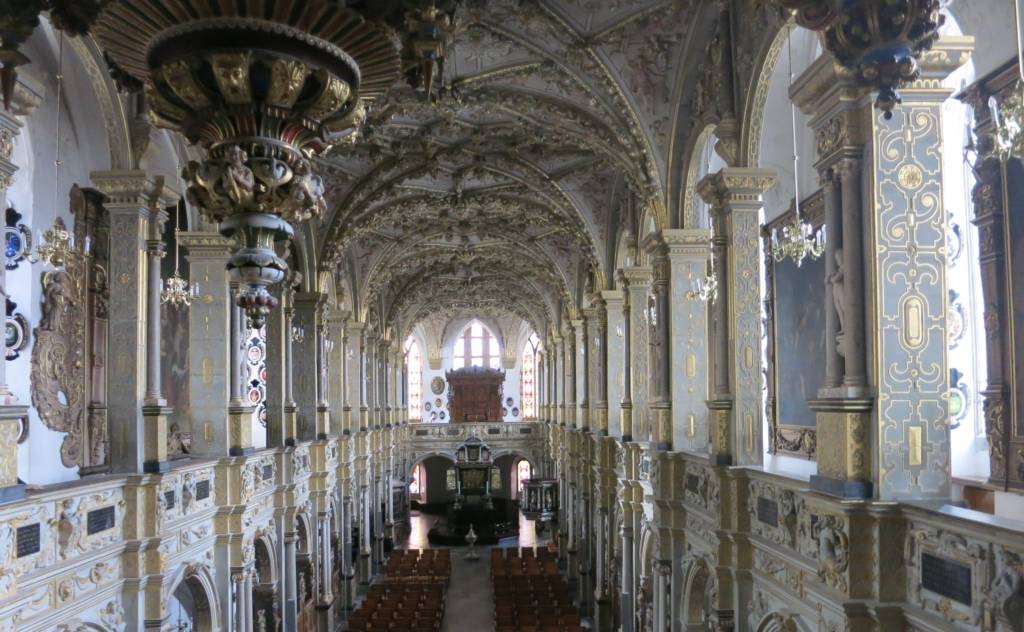 The second castle I went to was quite possibly the best castle I have ever been to. Frederiksborg castle is an hour train ride outside of Copenhagen and nestled among a small town. I literally wanted to get lost inside it and never leave. The castle also doubles as an art museum. Not only can you look at the beautiful furnished rooms, but there are paintings and statues everywhere. 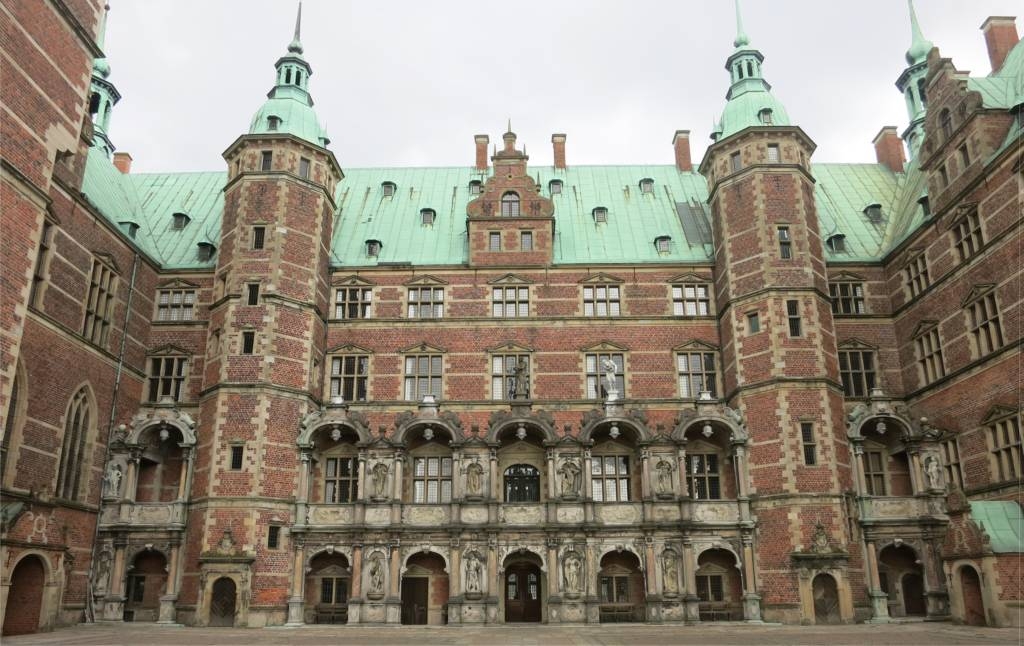 Even though Copenhagen is an expensive city, they have quite a few museums that are free. One of my favorites was the National Museum of Denmark, which shows the history of the country and a number of artifacts. I also quite enjoyed the National Portrait Gallery.

Hans Christian Andersen is quite a character., but very famous in Denmark. This guy was so determined to become a dancer with at the National Opera that he followed the prima ballerina around. I believe today we use the term, stalking. To get rid of him the ballerina promised Hans an audition with the National Ballet. Turns out, Hans was a pretty bad dancer. That wasn't the end of it, he then tried to be an opera singer. Well, funny thing, he was also not great at singing either. He did have one redeeming quality, story telling. Some of his friends suggested he write his stories down, and the National Opera began using his works in their plays. 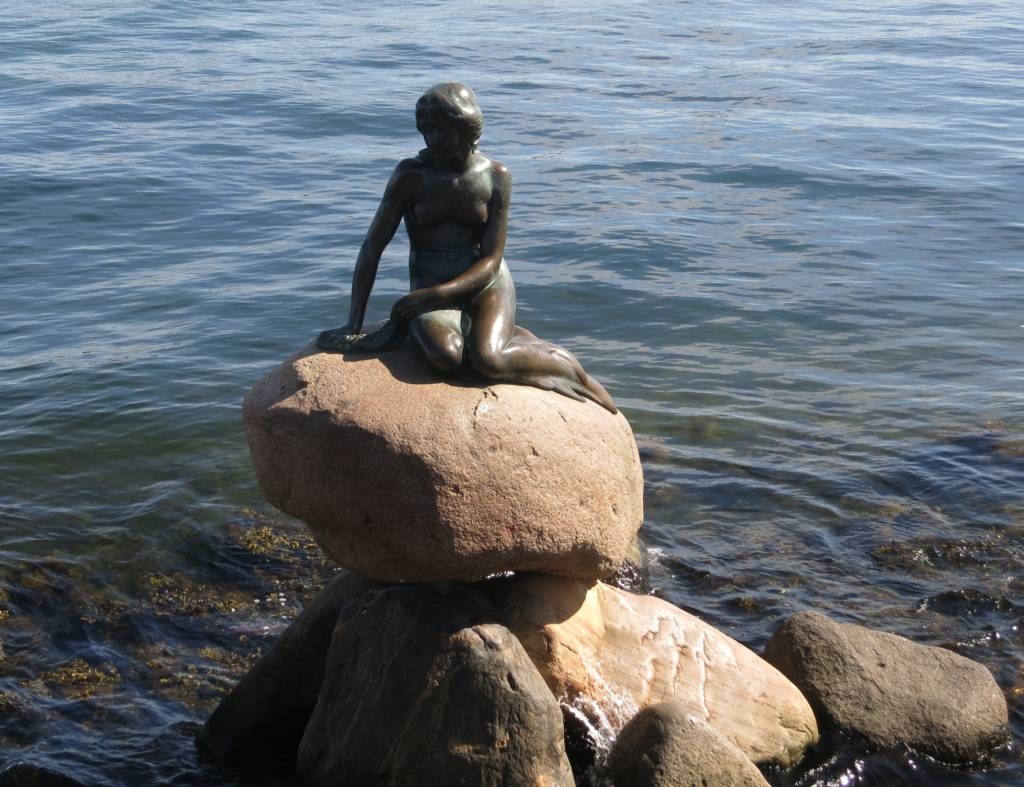 Hans' stories include the Little Mermaid, Ugly Duckling, and The Emperor's New Clothes, which are actually much more grim than the Disney versions. There is a famous statue of the Little Mermaid in Copenhagen. It's tiny and a little disappointing, but something you have to check off your list.

I think one of the most magical experiences I had in Copenhagen was in my hostel. In my room were two guys one Pakistani and the other Indian. We climbed out onto the rooftop to watch the sunset behind the skyline and smoking. They told me their story of becoming friends despite their upbringing, where they were raised to hate the other. I realized how fortunate I am to have this experience.

As I watched the sunset, I realized how far I've come since I first started this journey. But, I also have much more to accomplish, see, and learn about myself. ​

Trip to Belfast
Oslo in a Nutshell

Favorite Coffee Shops Around the World