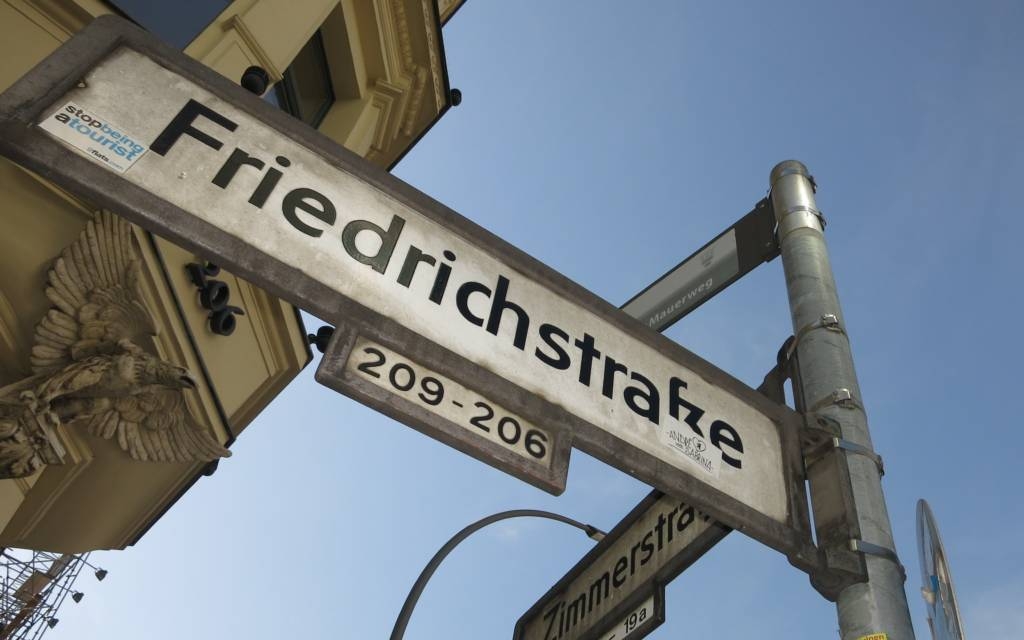 From the beautiful city of Prague, I took a train to Berlin. Berlin was up there on my list of cities to check off my list, so I was anxiously awaiting the moment I could step off the train to explore. Fortunately, the train was stopped mid-way to Berlin, so I was able to sit with my anxious excitement for an extra two hours. But, compared to my previous transportation misadventures, this was a walk in the park.

When I stepped off the train, I was looking for someone I had never met before, Susan. My high school dance teacher had a sister who lived in Berlin and frequently had visitors. As you can tell it was quite a reach for a free place to stay, but I was really excited to take a break from the hostel life. 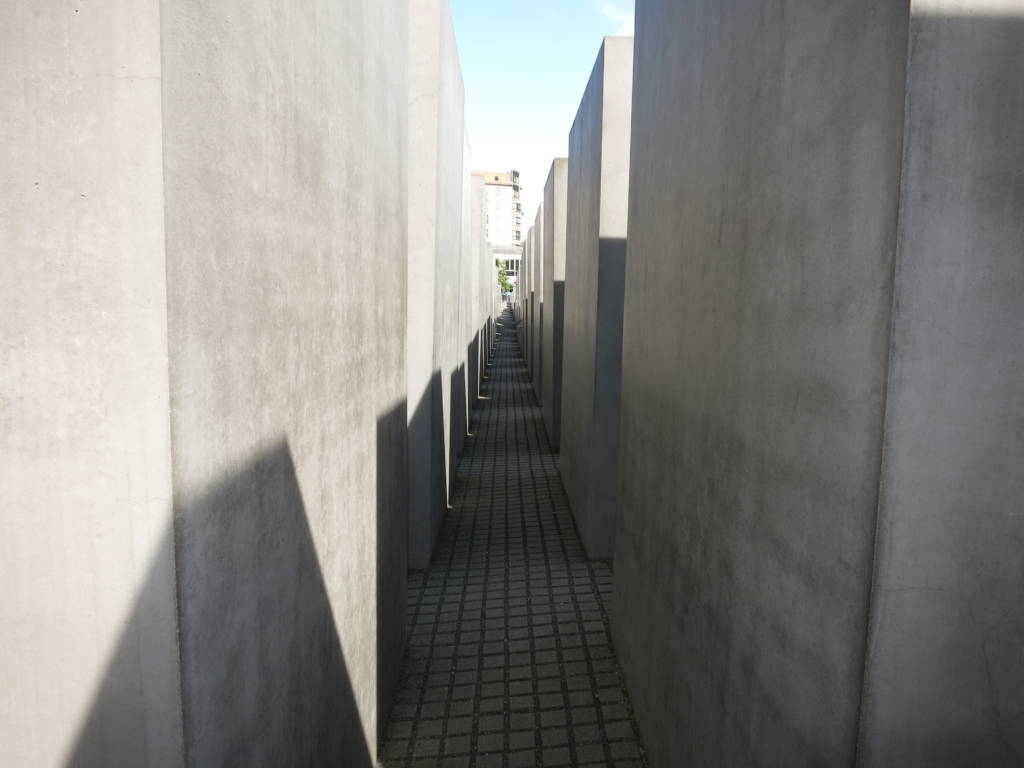 Inside the Memorial to the Murdered Jews of Europe

Luckily, it wasn't too difficult to find Susan, as she had very similar genetic make up (being sisters and all) to the woman I used to spend at least 10 hours a week of my entire childhood with. Susan and I got to know each other and she asked if I enjoyed walking. Well, since it's the cheapest mode of transport for me at the moment, I said absolutely!

Little did I know that I was about to get a private walking tour of Berlin by a local. And not just any local, a woman that has lived in the city since before the Berlin wall went down. As we passed by many of the sites, I got the insider scoop on everything. What the city looked like before the war, the deep, emotional meaning of specific statues, and of course what it was like living in a time where there was East and West Berlin.

I think one of the most impactful and profound experiences was when Susan told me the story of how her friend was in love with a man on the other side of the Berlin wall. The story isn't brief and I wouldn't dare try to retell it, because I know I couldn't possibly give this true story justice. But, the three of them painstakingly plotted to free this man, past the armed guards at Checkpoint Charlie, and to the other side of the wall to West Berlin. They were successful in their mission, when so many others weren't so lucky. At the end of the story, as I was trying to hold back tears of happiness, when Susan told me that the two were still together and married to this day. What a love story!

What to see in Berlin

I think that Berlin really has a unique vibe. There are so many coffee shops, clubs, restaurants, and things to see. There really is something for everyone. Plus, things are very inexpensive. It's amazing that you can still see how the World Wars have impacted the city. I tell people that Berlin is like a city outside of Germany, because it really is. There is a completely different culture than what you would find in Hamburg, Cologne, or Munich.

Here are some of the favorite things that I saw on "Susan's Free Walking Tour." Of course, there are so many things to see in Berlin, I wouldn't even attempt to create a "must see list." You should just go! 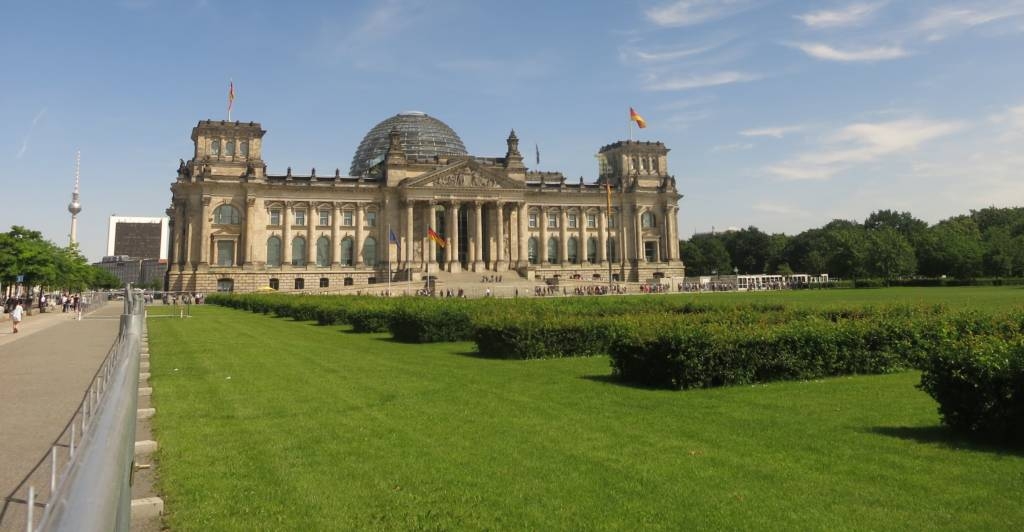 This stunning building used to be the Parliament building of the German Empire, until it was severely damaged by fire and fell into disuse after World War II. The Reichstag used to have a gorgeous glass dome, which has been restored and you can go up it to get 360 degree views of the Berlin cityscape, including the Brandenburg gate. 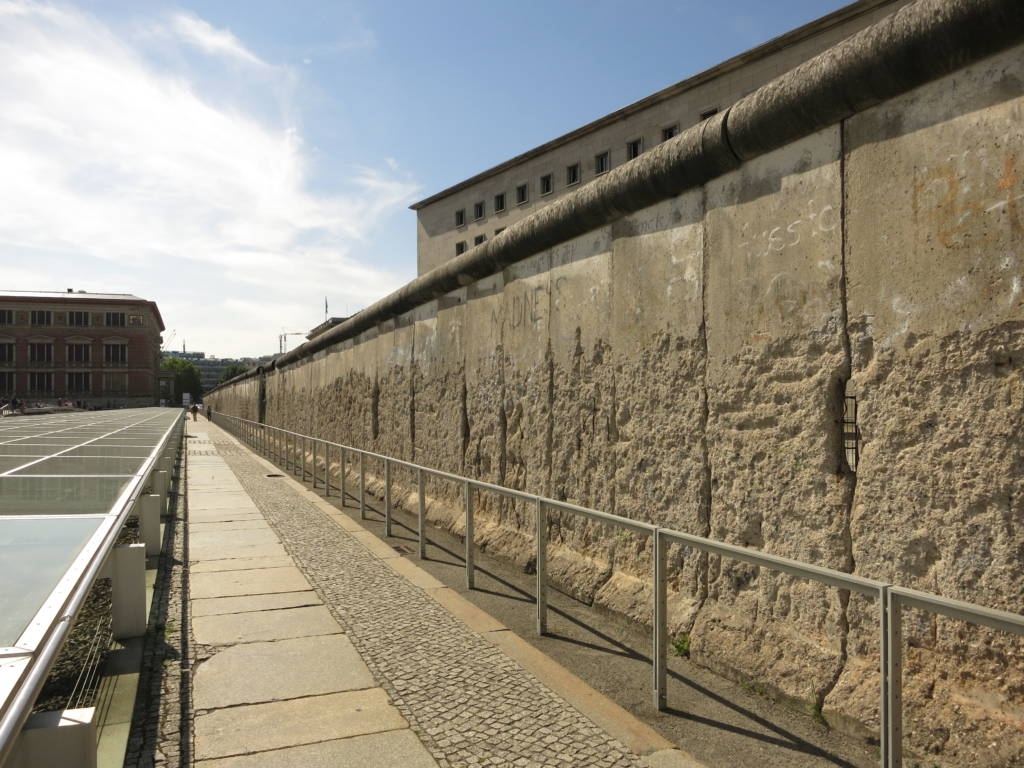 Of course, we have the big, ugly Berlin Wall which separated the the city into East and West Berlin. This wall was 96 miles, about 29 of those miles were electric or signal fencing, there were over 30 watch towers, and was guarded by over 11,000 soldiers.

The city does a great job of leaving monuments and plaques to those who fought, resisted, or were killed during this dark part of Berlin's history. Just walking and looking down at the side walk, you can see where people have been arrested or shot in hopes of escaping the Communist part of the city. 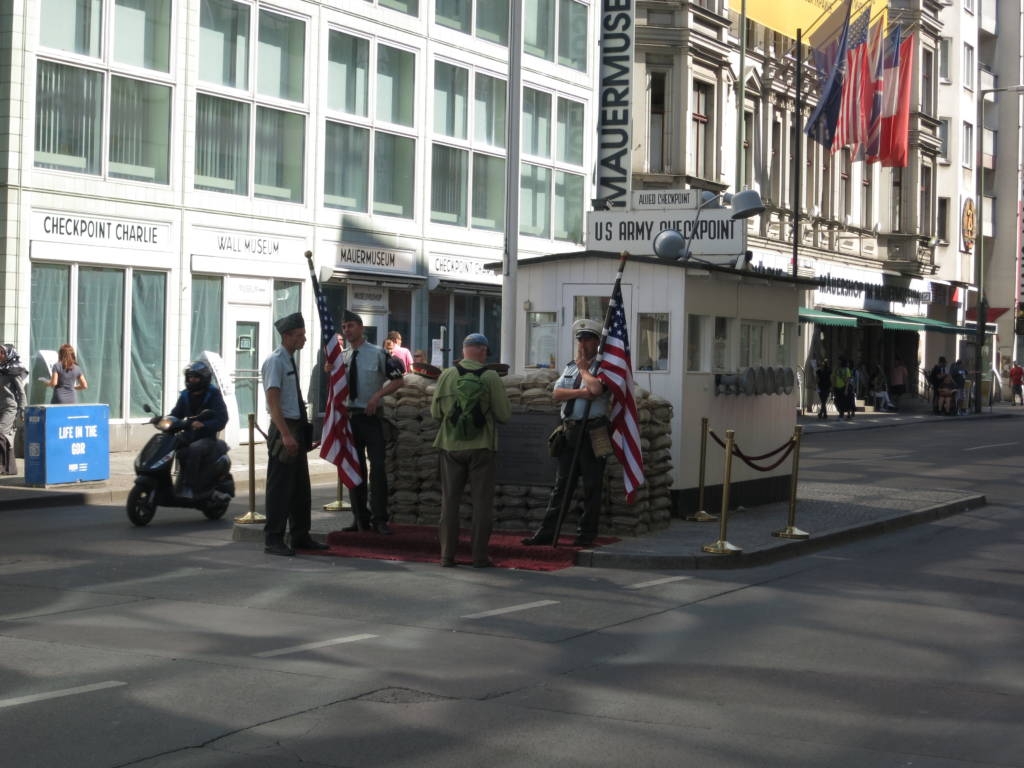 Checkpoint Charlie was the nickname given by the Western Allies and the crossing point between East and West Berlin. This location has a huge significance in Susan's story. I'm going to have to remind her that she needs to write a book!

Memorial to the Murdered Jews 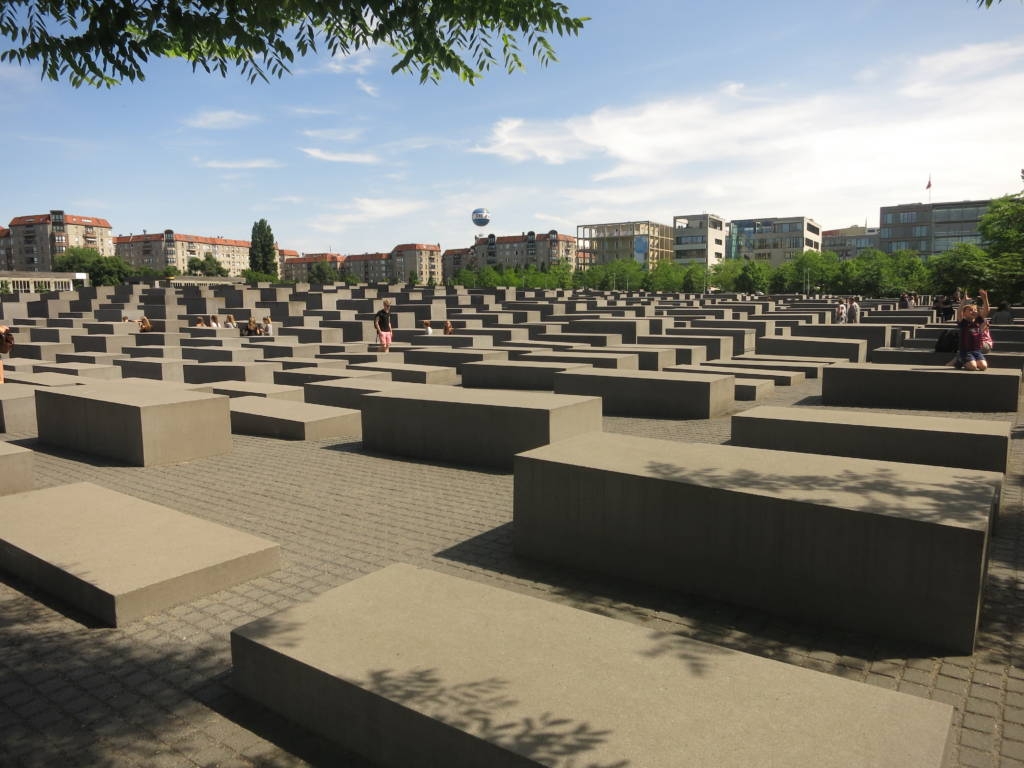 You can get lost in the maze of 2,711 rectangular shaped concrete slabs. They vary in height and some are as tall as 15 feet. Many have theories on what the monument means or symbolizes, but most conclude it's what it means to you and how you perceive the monument. 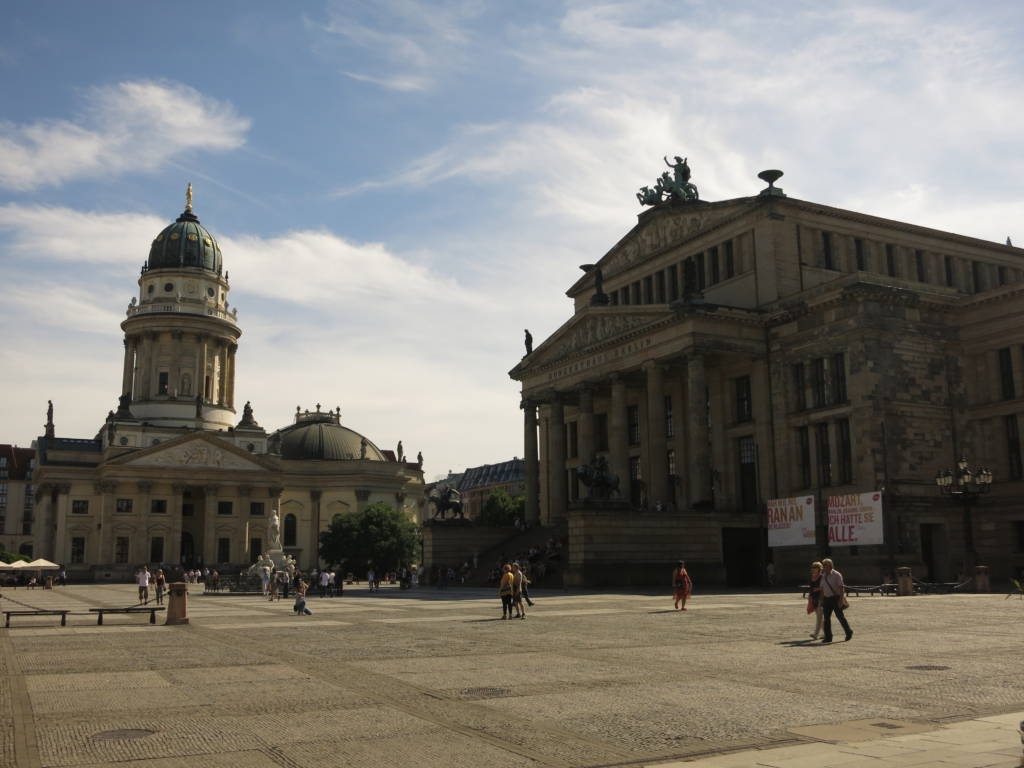 The concert hall has had many different names, but still serves the same purpose. I found it very enjoyable due to the man playing a cello in front of the fountain for about 100 people. 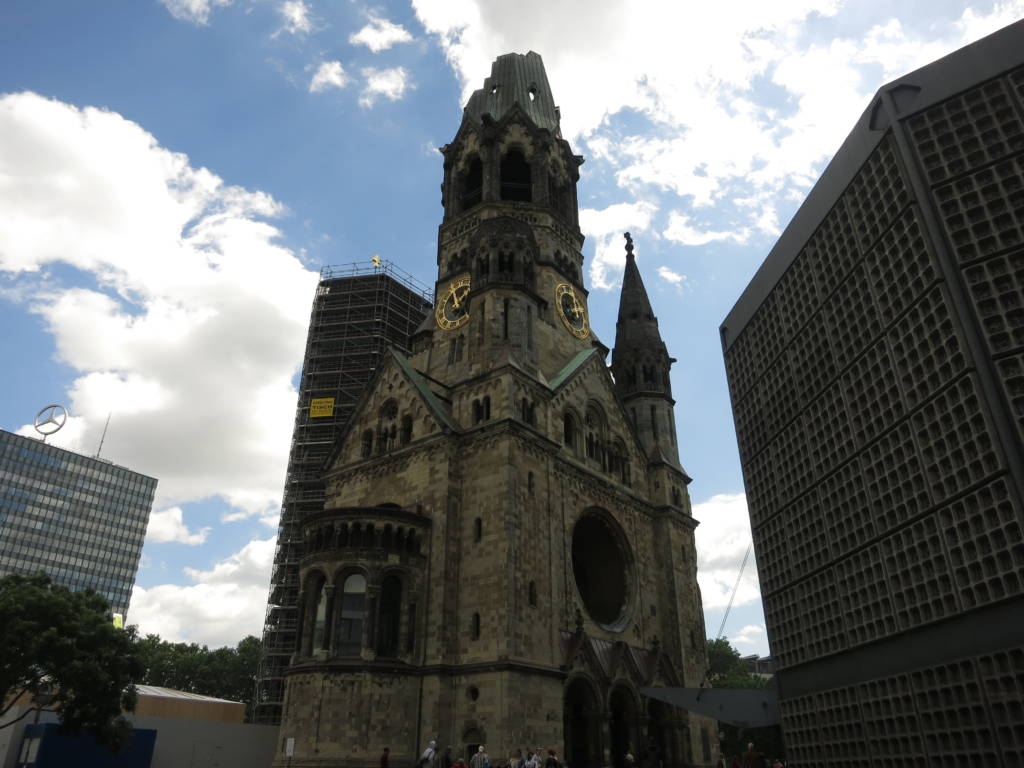 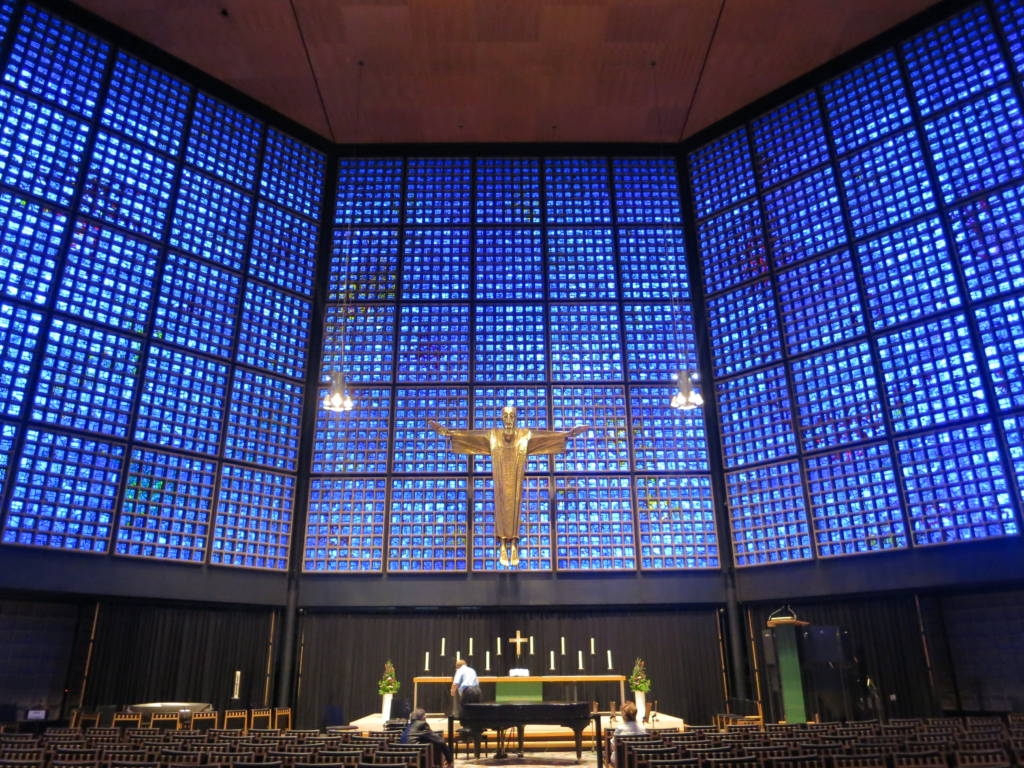 I was really intrigued by this church. The spire was bombed in 1943 and instead of repairing the damage they just put a cap on the shards to prevent further damage. The really ugly looking building to the right looks horrible on the outside, but each of the squares is filled with a bright blue glass which takes your breath away when you walk in.

The entire ground floor of the old church has been turned into a memorial hall. It's nickname is "der Hohle Zahn", meaning "The Hollow Tooth." 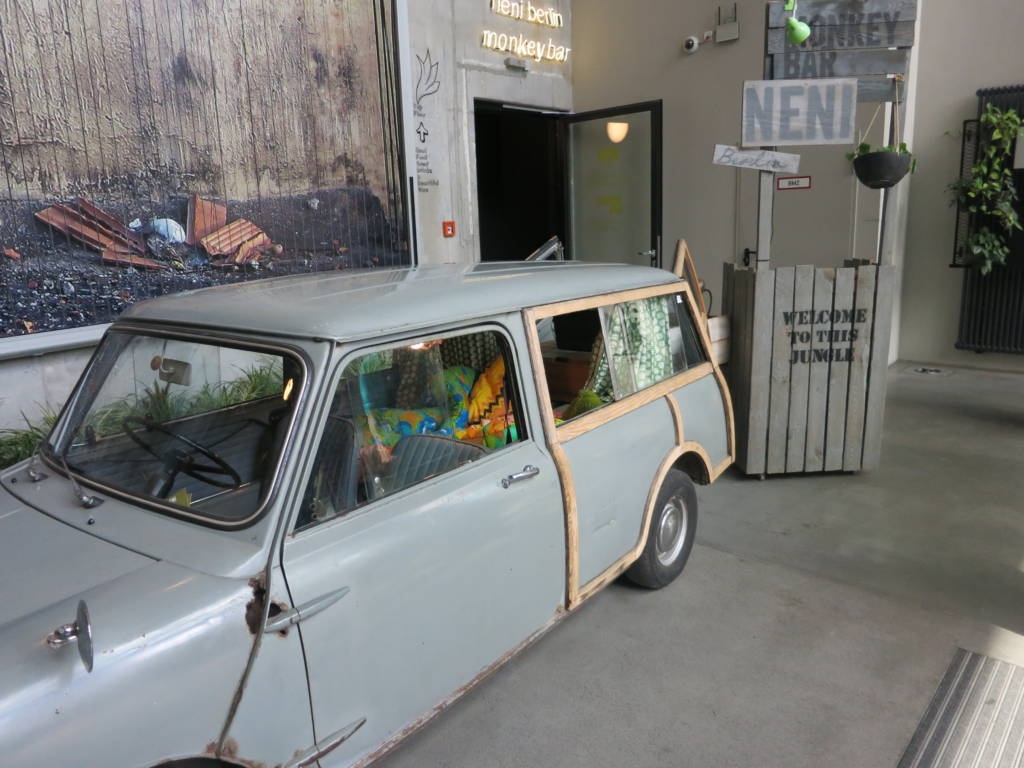 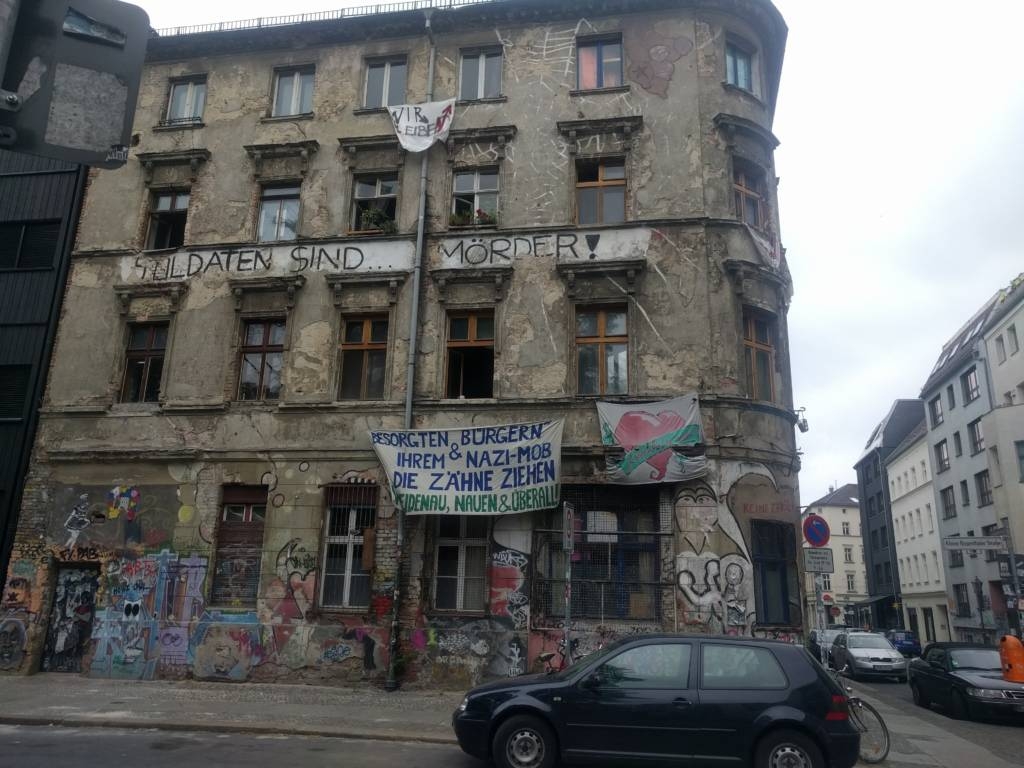 Last but not least, make sure to visit the Monkey Bar on Budapester Strasse. You can sip a cocktail while overlooking the skyline and the monkey cage in the Berlin zoo.

One of my favorite parts about Berlin, was that you could be staring at a brand new building then turn around and find a building deteriorating building, like in the photo to the right! My friend, Jana, said this is where a bunch of communists live.

Obviously there are tons more to see in Berlin and a number of great museums. If you have any must sees that I missed, leave a comment and I'll add it on my list for my return!​