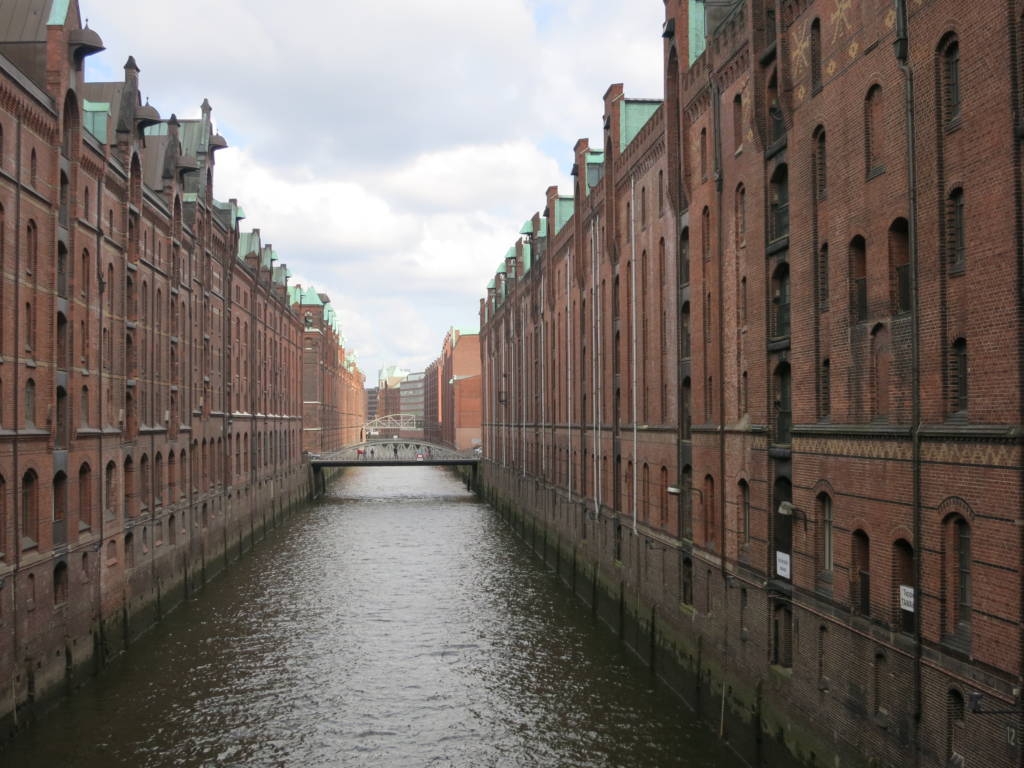 I lined up another free place to stay with Trusted Housesitters in Hamburg, Germany. This time I had an entire home to myself, if you don't include their curious kitty. I was looking forward to spreading my stuff out, sleeping in a king sized bed, and taking a bath!

Europeans really know how to have a good bathtub, something I think is concerning and lacking in the States. Being a very tall woman, I need a nice large tub, not your standard apartment, shower/tub combo. 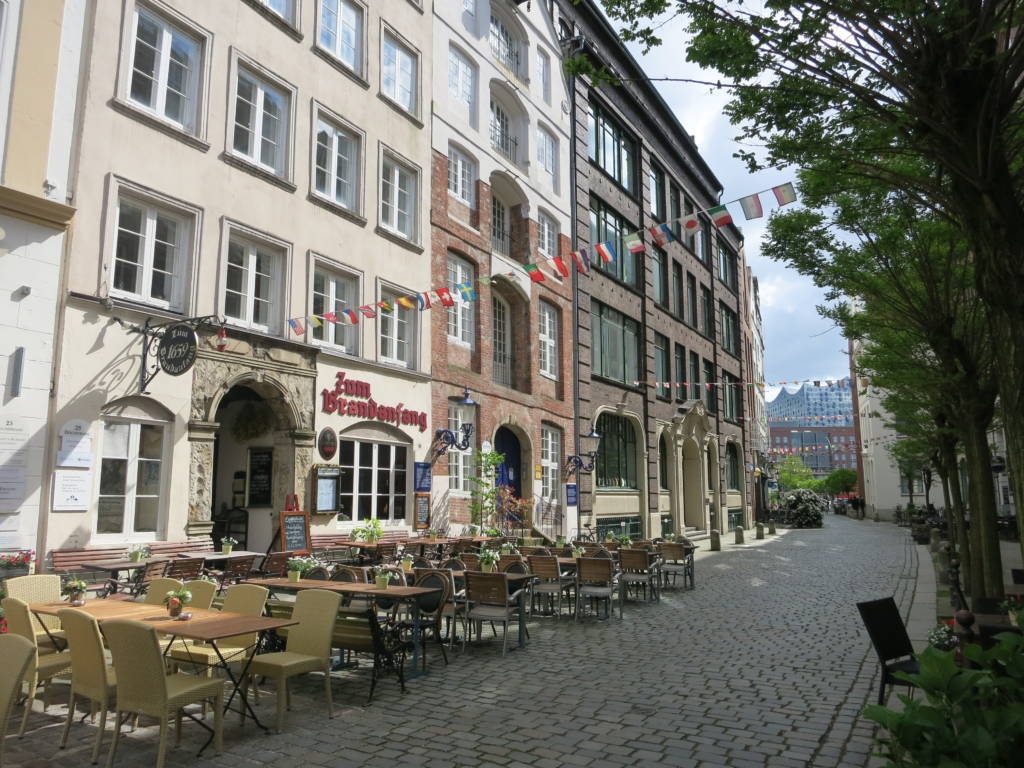 Just like every old city in Europe, Hamburg had a "Great Fire." The fire started at this now restaurant, Zum Brandenfang, which I ate at and delicious German food. What's funny is that even though the fire started in this building, the actual building didn't burn down. Lucky, SOBs. ​ 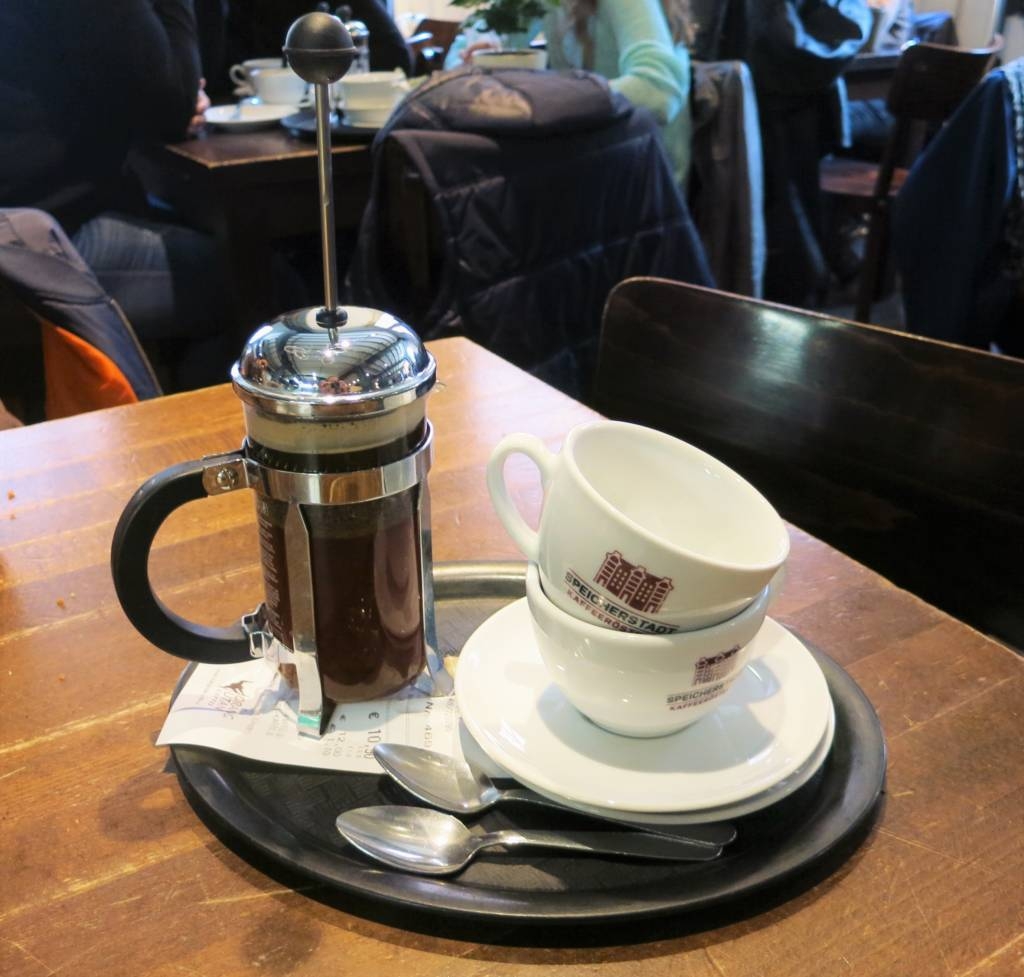 Speicherstadt is the largest warehouse district in the world. It's purpose was so that merchants could transfer goods without paying for customs. Inside one of the industrial buildings I went to Speicherstadt Kaffeerösterei where I bought the most expensive coffee in the world, Kopi Luwak.

If you've seen the movie The Bucketlist, it's the same coffee Jack Nicholson drinks, until he finds out how it's made. The coffee beans are eaten by a cat in Asia, but it upsets the cat's stomach and it comes out the other end rather quickly, not fully digested. People then go around picking up the cat's poop to get the partially digested beans. They are then cleaned and roasted to make coffee.

Honestly, it was ok. It was more the experience of drinking cat-poop coffee, but it just tasted like normal acidic coffee to me. It was about 11 Euros for a french press of it. ​I think you pay for the experience of trying it, which I'm glad I did. Now, I have a good dinner party story! 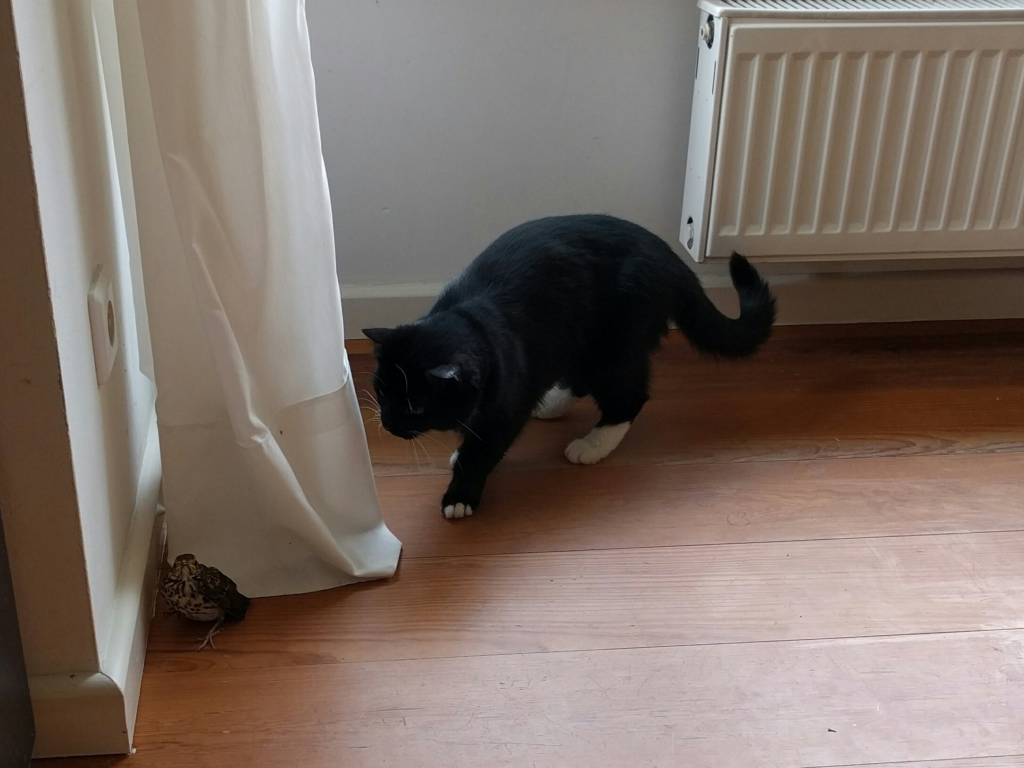 One part of my housesit that was especially interesting, was this petite kitty named Nanou. I decided that Nanou really liked me, because she would give me special presents. ​One morning, when I was still in bed, I heard what sounded like a bird twerping. It sounded concerningly loud. I dragged myself out of bed to investigate. What I came across was partially injured bird still able to fly around the house and Nanou chasing it.

I start panicking and start chasing the bird, but then thought, well what am I going to catch it with? Nanou snatched the bird for me, which I was able to hopefully rescue by putting in high bush. Still in my pajamas, I realize that the door shut behind me. I'm locked out.

After my second round of panicking before even a sip of morning coffee, while in my pjs, I found a window I had left cracked and was able to crawl inside.

The next two mornings, I received another bird and a mouse. I was very pleased that these critters were already dead and I wouldn't be chasing them around the house again!​

It was exciting to be in Hamburg, because this city is known for it's trade roots. It was one of the main places for German and Eastern European immigrants to set sail for new territories. My ancestors on my maternal grandfather's side immigrated from Germany.

Hamburg has a really nice immigration museum called BallingStadt. It was lovely apart from the fact that it was about people immigrating from Europe to the United States, but wasn't in English. They gave me an English booklet, so I enjoyed the nice weather on a park bench reading about what I just saw.

After my housesit in Hamburg, I took a Bla Bla Car to Hanover. Bla Bla Car is everyday people that want to carpool. People will post their route and times and you can save a seat in the car then pay through the service. You don't have to exchange money with the driver, just small talk if you choose. It's much cheaper than the trains.​

In Hanover, I reconnected with my friend Marc who I met in Montreal.​ Marc was kind enough to take me to the village of Schessinghausen, just 40 minutes outside of Hanover. Schessinghausen is where my ancestors that came to US originated from. 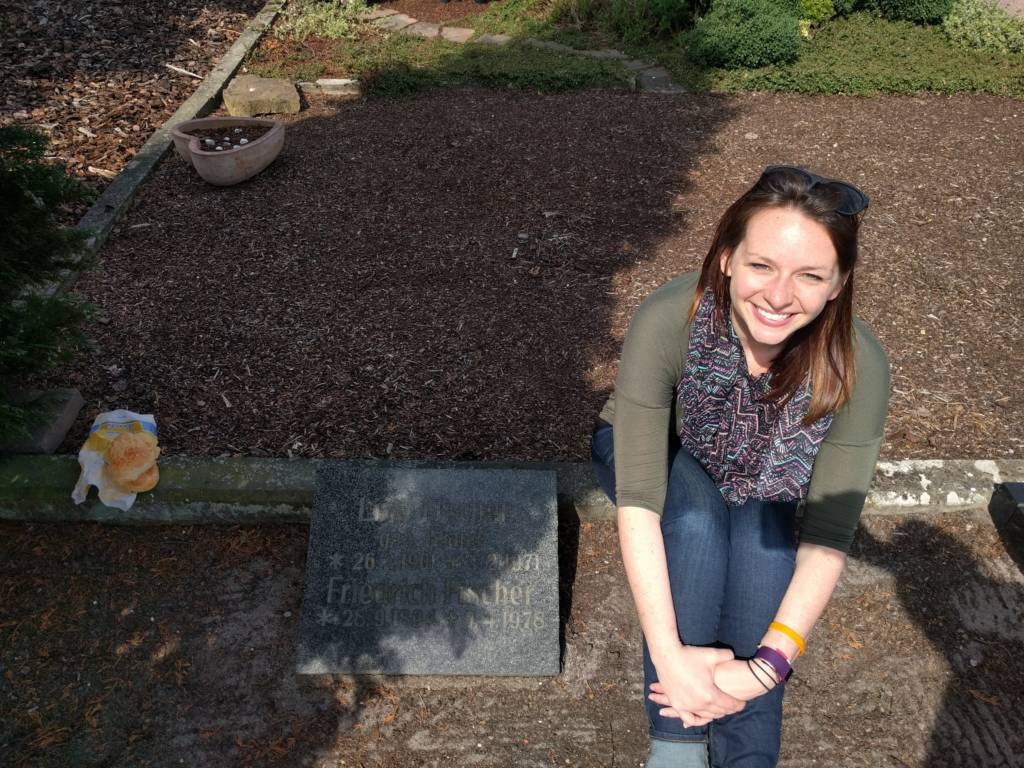 Marc warned me that it wouldn't be likely to see any headstones on the graves, because they usually recycle the graves after 30 years. Marc found a little old lady who he asked if they had any Fischer's in their grave yard. Fischer is my mother's maiden name. The woman led us to the far end of the cemetery, behind some bushes, and trees to two grave stones with the name Fischer on it!

Because​ Schessinghausen was small and a few relatives were still alive, they had kept the headstones up. It was such a marvelous experience for me to be able to trace back my ancestors to this tiny, sleepy village in Germany.

I feel like this is something most people dream to experience and I was able to. I started crying with emotion to be able to find something this cool half a world away. I have the name of the woman that still lives in the village and am going to try to write to her. Sorry Marc, you may have more translating ahead of you!​