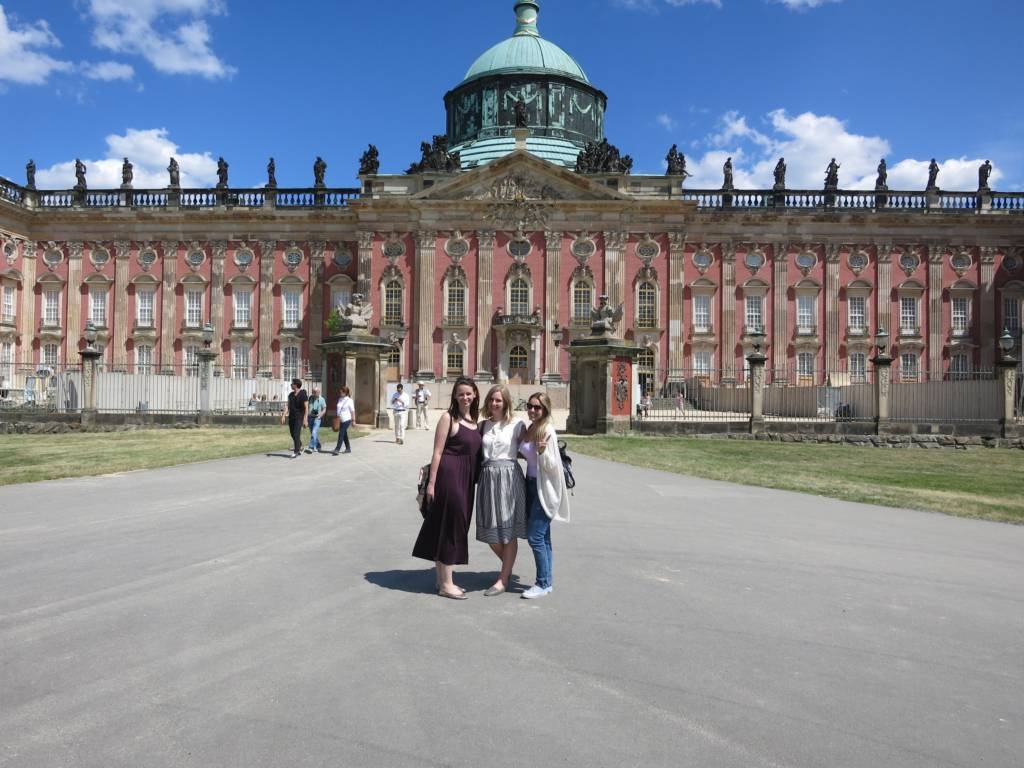 Just a stones throw away from the city of Berlin, is one of Europe's hidden gems: Sanssouci Palace and Park in Potsdam. An easy day trip from Berlin. A UNESCO World Heritage site, that won't disappoint. Potsdam became known as the favorite residence of the Prussian kings in the 18th and 19th centuries.

How I stumbled upon Potsdam is actually pretty interesting. Priscilla, the Brazilian woman I met drinking ​a beer at 9 o'clock in the morning in Prague, was living in Berlin. Then my friend Jana, who I met housesitting in Hambur﻿g, drove down to Berlin for a fun girlfriends weekend. 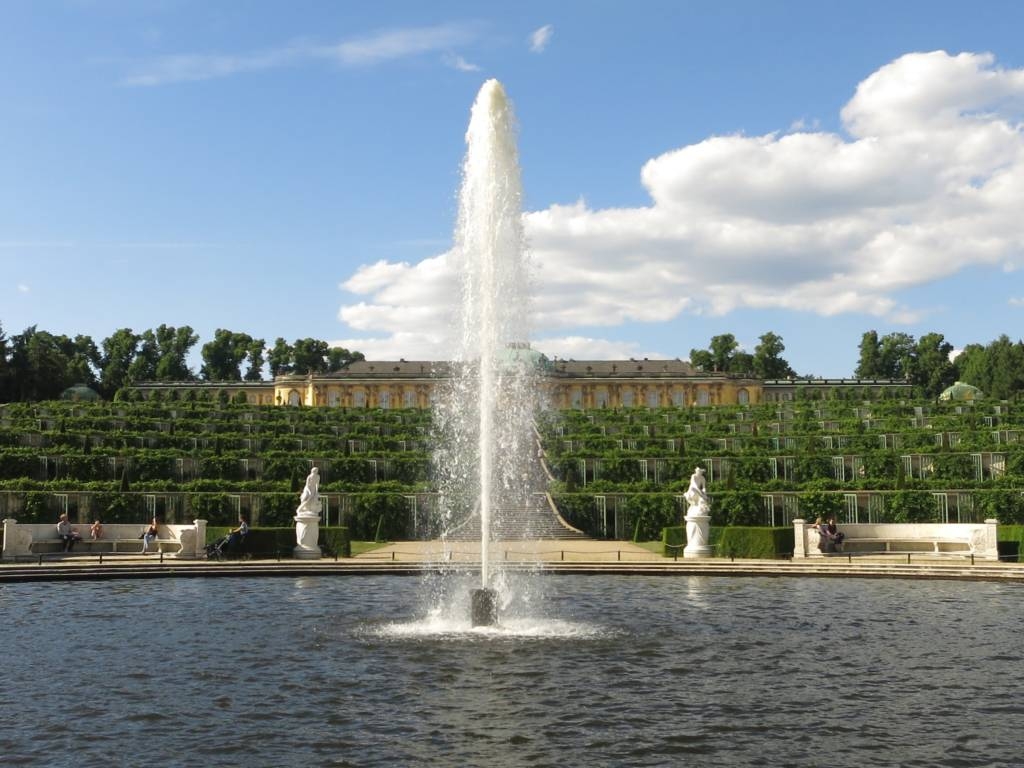 Note: Jana was able to drive to Berlin for free, because she used BlaBlaCar. It's a site where drivers post their planned travel routes, and people that need a ride pay for a seat in their car. It's used all around Europe and incredibly cheap!

Priscilla mentioned she wanted to go to Potsdam that weekend. She knew that I loved palaces and castles and knew this would be right up my alley.

In the 17th century, Prince Frederick William woke up and decided that Berlin just wasn't quite grand enough for him. He decided to move his court to the city of Potsdam, 15 miles outside of Berlin. The town had sufficient access to waterways, prime hunting grounds, and plenty of space to build absolutely stunning palaces (notice that's plural). There are over 150 buildings on about seven square miles.

Obviously, we weren't able to see and go inside every single building. When we were able to go inside, there was a strict no photography rule. Well, you can take photos if you paid for a "photo ticket." Cheap backpacker? Not happening.​ 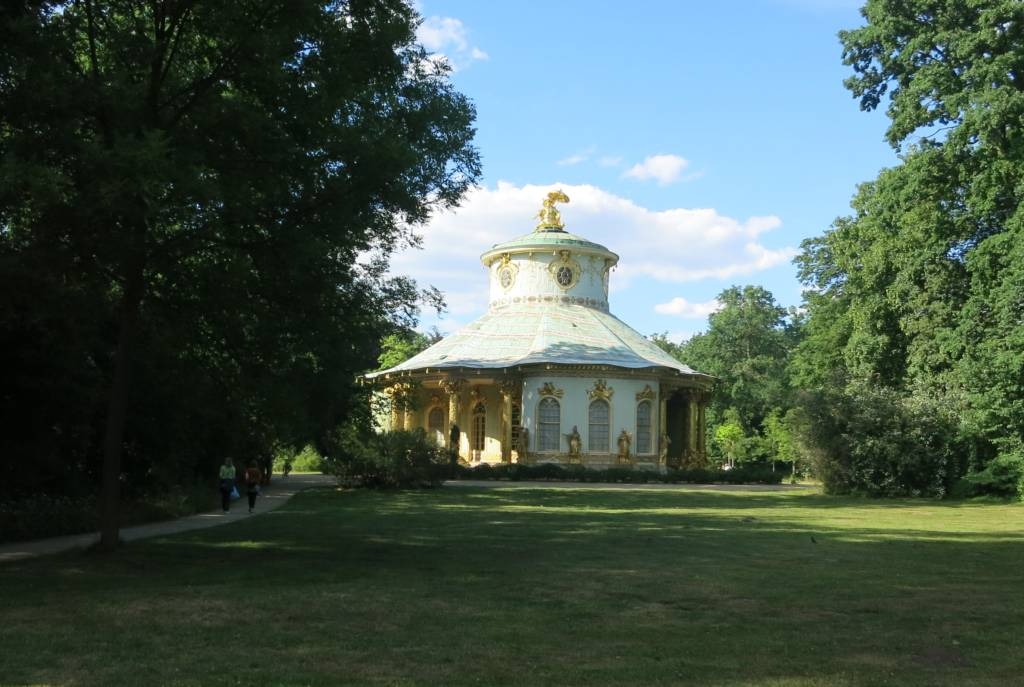 This tea house was made to showcase the "exotic" Chinese culture. Pure golden statues surround the tea house and the outside is adorned with golden palm trees. 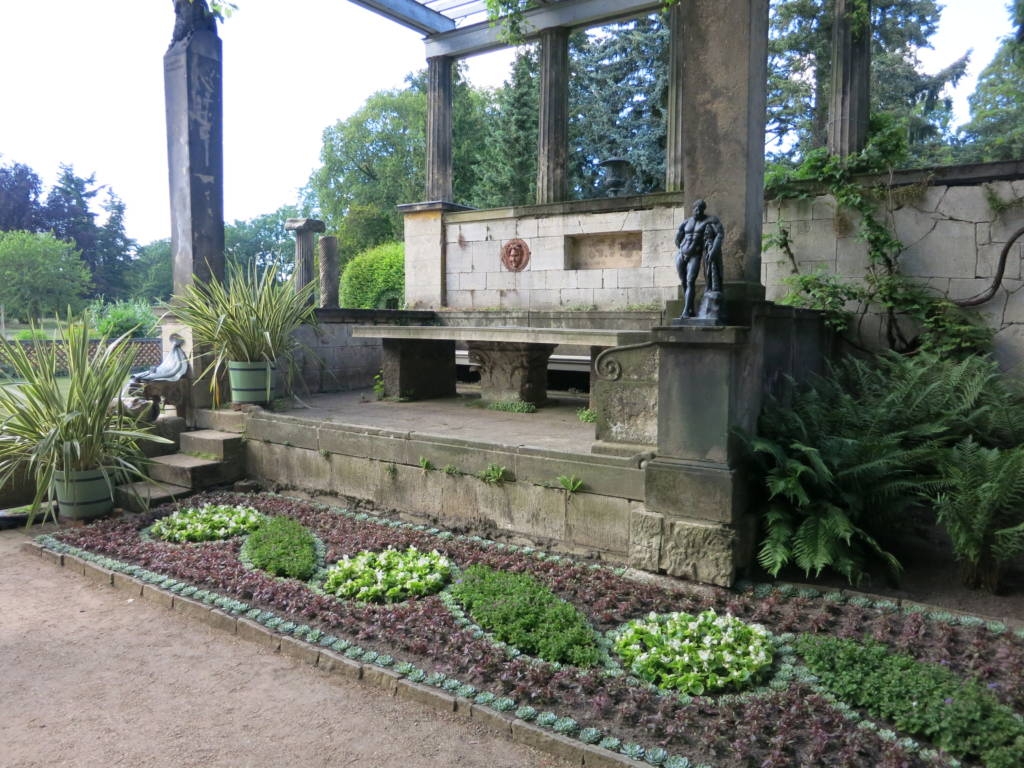 The Roman baths were built to showcase a modern take on romantic Italian-style architecture. Connected to a stream, you can walk past giant stone tubs and pools. 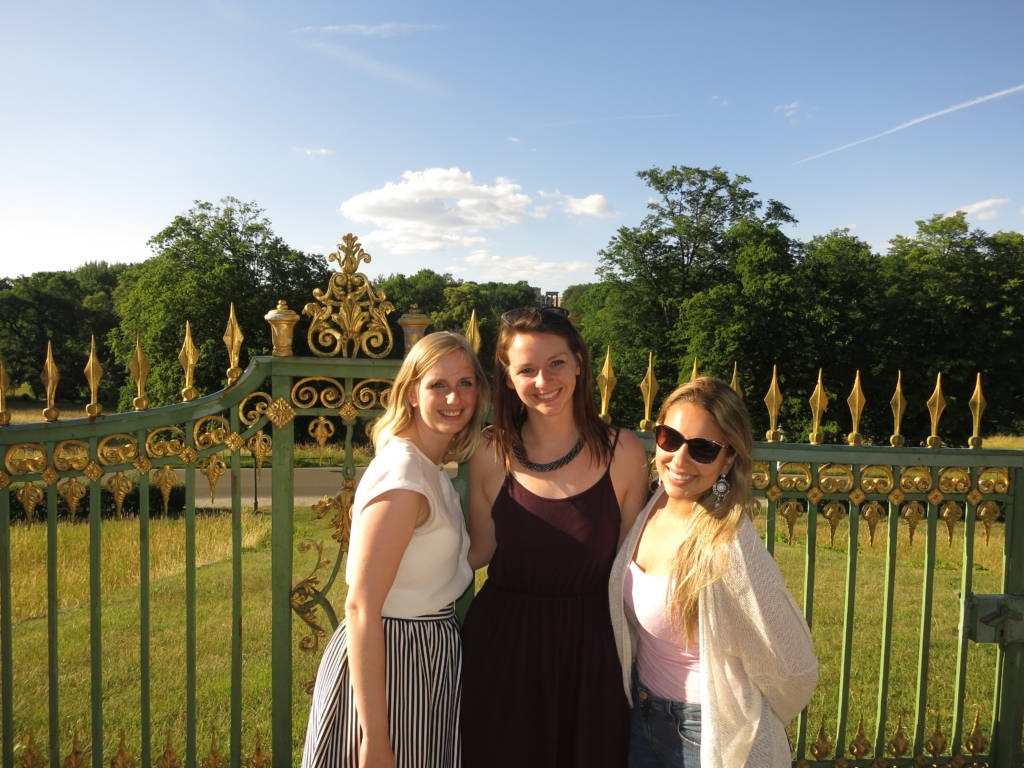 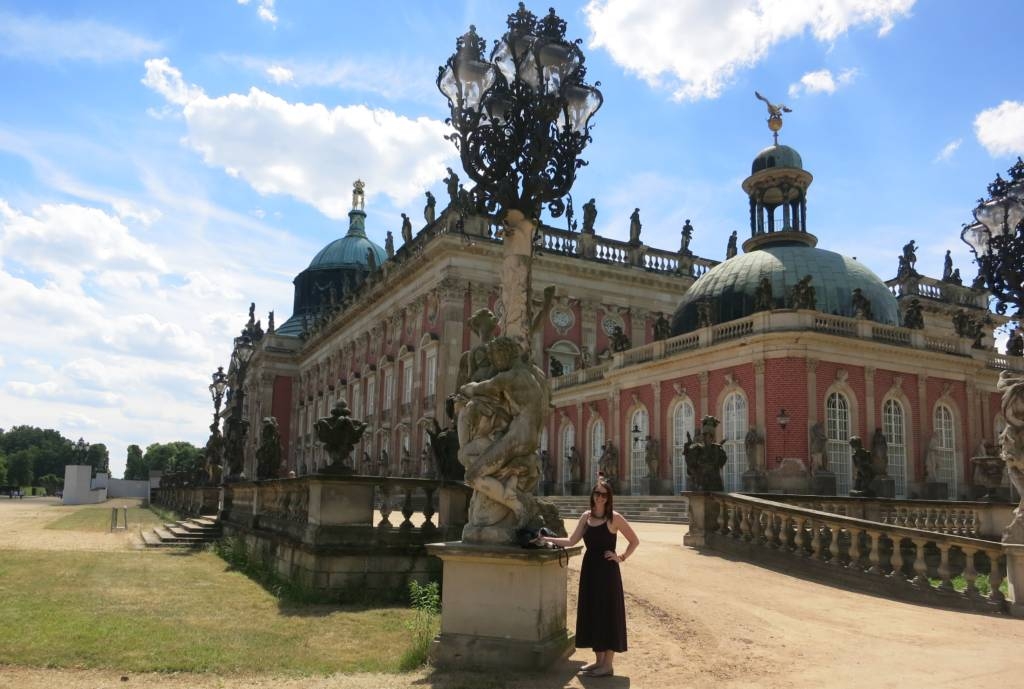 ​The New Palace is one of the most impressive palaces on the grounds. It was built in the 1700's, after the 7 Years War, by Frederick the Great. It's considered to be the last "great Prussian baroque palace."

Inside it has a room dedicated for marble, a concert hall, and a theater. One of my absolute favorite rooms was the massive Grotto Hall. The walls are encrusted with sea shells, quartz, marble, and semi-precious stones. ​ 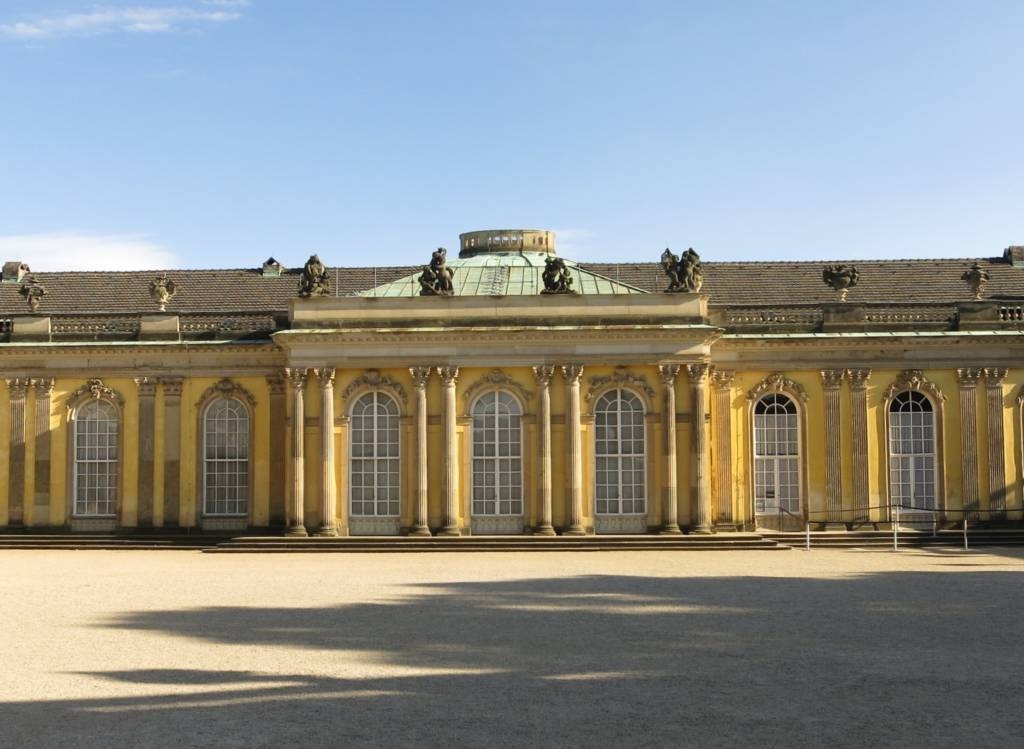 Last but not least is the Big Daddy of all palaces in Potsdam: Sanssouci Palace. Leading up the steps to this beautiful orange structure are fig trees, plum trees, and grapes. It was designed to be a more private residence for Frederick the Great and contained only 10 rooms.

There is Always Room for Wine 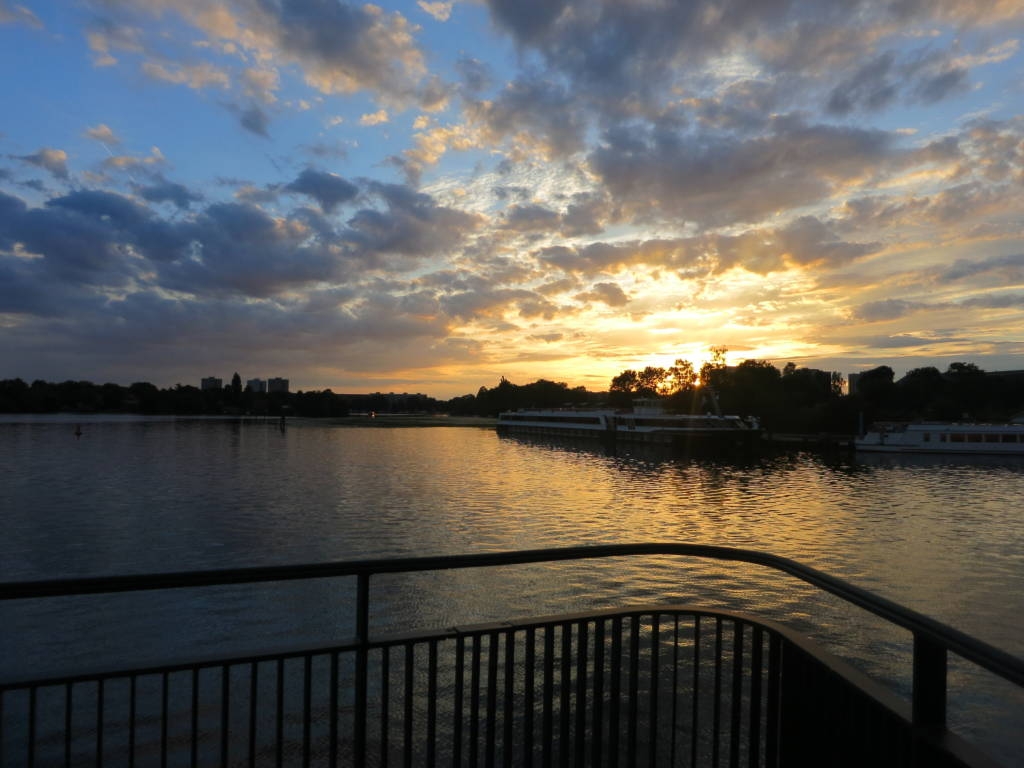 After walking around Sanssouci all day, the three of us were exhausted. We met up with Priscilla's colleague for drinks along the river. He was one real lucky guy, to have three women to schmooze with bottles of wine and Aperol Spritzers.

We ended our wonderful day sipping wine together overlooking the sunset. Right after the sun set, Jana, Priscilla, and I realized, at about exactly the same time, that it was a little weird we were still on this date together and happily went home with a wonderful day behind us.

A Trip Back in Time: West and East Berlin
What to do in Budapest