I'm always curious about abandoned places, I find them intriguing. On a rainy and cloudy day in Berlin, I went to explore the old, abandoned airport - Tempelhofer Feld. The area was originally called Knights Templar in medieval Berlin, thus how it got it’s name Tempelhofer. The vast, green space of 386 hectors has been turned into a park.

You can enter the park from three main entrances - Columbiadamm, Tempelhofer Damm, and Oderstrasse. ​It's a perfect place for a good workout as the 6km (3.75 miles) track can be used by joggers, bicyclists, skaters, and even the power walking mom's. It was originally a parade ground, used for military under Frederick William I. Families would come with picnic baskets and food to BBQ when the military cleared out. In the 1920’s the space was turned into an airport, like Berlin really needs more airports. The Nazis built the airport, because they anticipated higher amounts of air traffic. The space was also used as a concentration and labor camp at one point. This airport was one of Europe’s three pre-World War II airports. Tempelhof was shut down in 2008, despite some protesting.

The area is huge and my feet were tired after walking around the park, but I made a few discoveries while exploring. I stumbled upon cute little garden areas created from recycled household items, very Berlin. You can even find tomatoes, carrots, and other vegetables growing in the urban garden section planted by locals.

I could imagine sitting on one of the benches with a beer amongst a few friends. The park also has an enclosed area for dogs to run around and play. There is a skateboard park and even mini golf. I peaked through a fence and found old parts of a plane, but I wasn’t brave enough to get any closer. The building that used to be the airport is still standing and is currently used to house refugees. I wanted to sneak into the airport to get a glimpse of what the inside looked like. I wandered around the front and the sides of the building. Unfortunately, security is really good here and I wasn’t able to get inside. Thus, my adventure had to end, but this old airport in the middle of Berlin is a great place to spend a sunny afternoon.

The park is open daily from 6/7am until dusk. 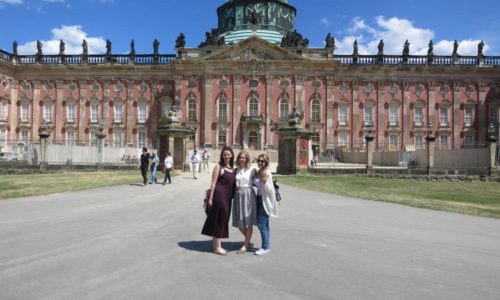 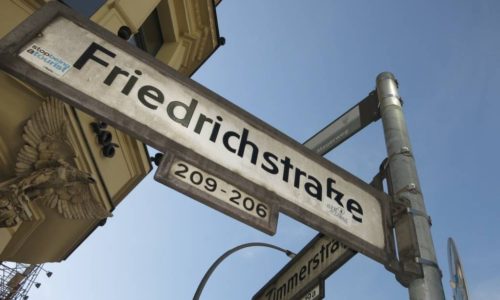 Old and New in Warszawa, Poland