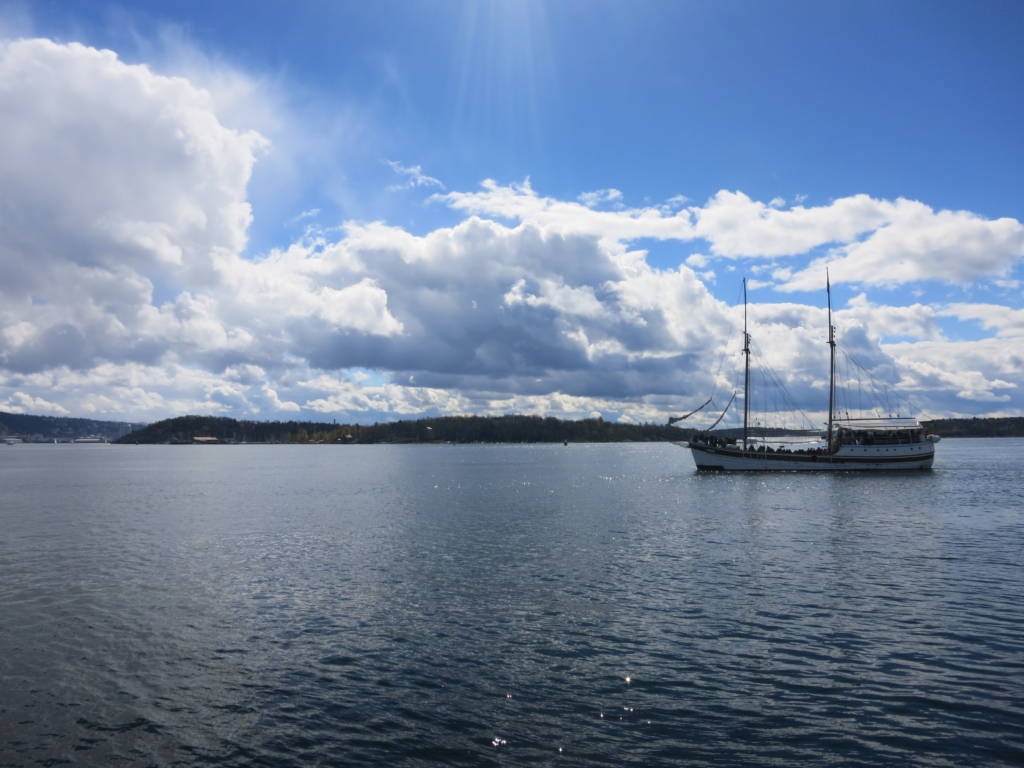 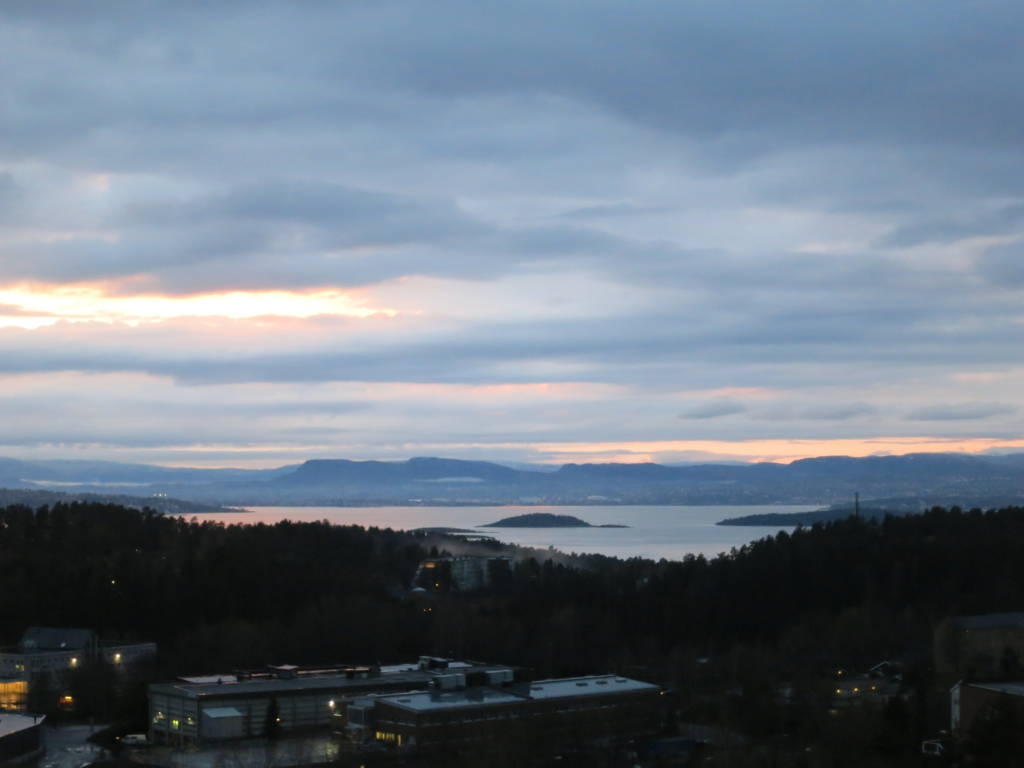 The view of the Oslo fjords from my house sit.

The concept behind housesitting is that people go on vacation, but need someone to keep an eye on the place. Duties include taking care of the pets, watering the plants, getting the mail, making sure the house doesn't catch on fire, preventing a pack of raccoons from setting up shop in the master bedroom, and enjoying an entire place to yourself. I get paid, by getting a free place to stay. A hotel could cost hundreds, an AirBnb would be at least $50, a hostel maybe $20 (but much less peaceful),  with housesitting you get an entire home for free!

Oslo is an Expensive City

Just to give you an example of how expensive Oslo is, I went to get groceries, enough to last me a couple days. I got a loaf of bread, cheese, sandwich meat, tuna, a frozen pizza, yogurt, and some blueberries. In the U.S. I would expect that to run around $20. In Oslo it was $45 USD. I didn't even buy alcohol! If you ever go to Oslo, you won't find "real" alcohol at the supermarkets. You can only buy booze from one company in Oslo called Voloponelt and it's taxed heavily.

Even for an expensive city, it is incredibly beautiful. Built by the Vikings and now rich from oil, Oslo is a city I expect to continue to grow. It's perfect for any design or architect geek. The incredibly modern buildings take your breath away. One of my favorites was the opera house, which you can climb to the top and walk on the roof!​

I met up with my friend, Joe, who I met when I studied in Wales. He explained some interesting facts about the Norwegians. The dating culture is very different than what I’m used to. Below are Joe's hilarious musings on Norwegian dating. 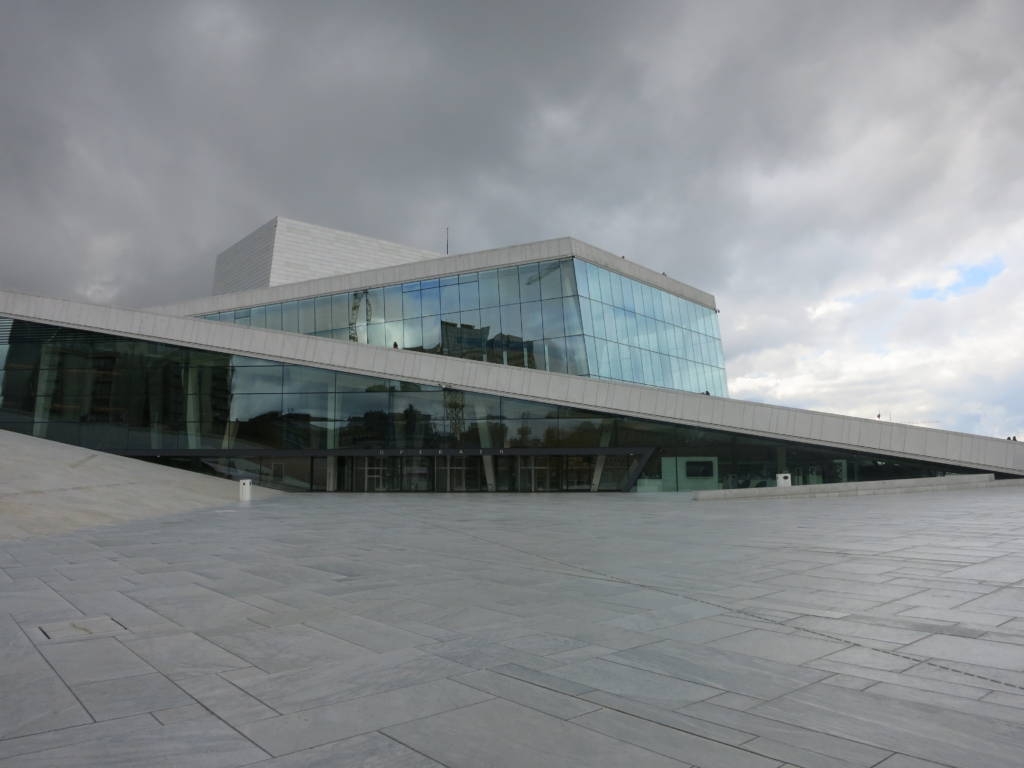 You aren't really approached randomly by strangers, unless you're really drunk, or at a club. The dating progression is opposite from what we are used to in America. You start out by going home with someone a couple times. You have to taste the milk from the cow a couple times before buying the cow, if you know what I mean. This happens a few times before you even consider asking the person to go out to dinner, or have the "relationship" conversation.

Apparently, it is very shocking for a man to be gentlemanly, for example, opening doors, pulling a chair out for a woman, etc. Any male friends looking to date in Oslo, take note of these simple golden nuggets of advice.​

Return of the Athletic Girls from Iceland 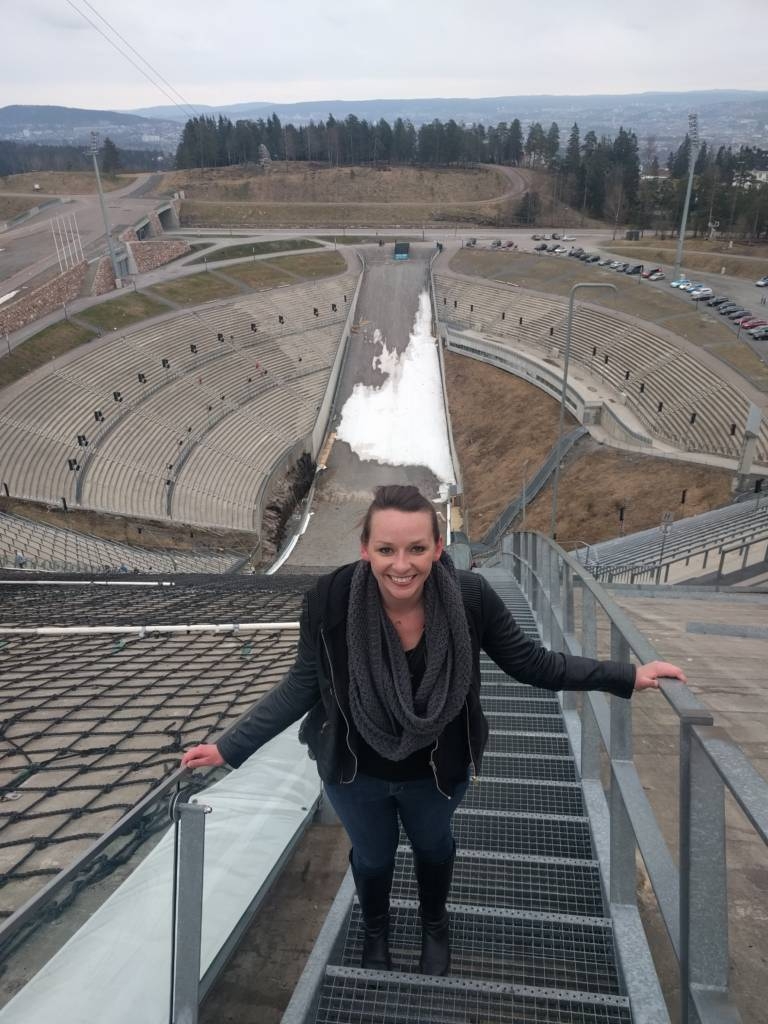 Remember those girls I forced to be my friends in Iceland? The ones that tricked me into going on a 6k hike and wanted to jog to every attraction? Well, I roped them into being friends with me in Oslo too. I figured I might as well test this international friendship thing. Linn and Annika took me to various places throughout their city and convinced me to enjoy nature again.

Just outside the city is the infamous ski jump. I now know that I am actually afraid of heights. I was clinging to the handrail for dear life as others were running up and down the stairs as their "daily workout." I would probably have had a pain attack RUNNING down these steep steps. Norwegians love to be athletic, it's really their thing.

Norwegians also get a hard on for nature. Everyone is really active in the city and not even 15 minutes outside of Oslo you'll find yourself in the forest. Annika convinced me to go on a cabin tour with her. I have to explain the concept of a cabin tour, because it's the most Scandinavian thing I've ever heard of.

You can join the DNT Association by paying a yearly membership fee. This membership gives you a key and this universal key unlock hundreds of cabins throughout Norway. The cabins don't have electricity or running water and there is only an outhouse. In any other country people would try to take advantage of the system, or something would get destroyed and the properties would be poorly taken care of.

I couldn't imagine this concept working in the U.S., or several other countries I've been to. But in Norway, everything is a team effort and taking advantage of something isn't in their nature. It helps that so many things are free. You have to TRY to be homeless in Norway.​

Annika suited me up with all waterproof gear and we set to climb up a mountain. We hiked 3k up the side of a mountain to get to Annika's favorite cabin. I have to say there is an incredibly fun sensation of stepping in thick, gooey mud and not having to feel the repercussions of it, my inner child was giddy. 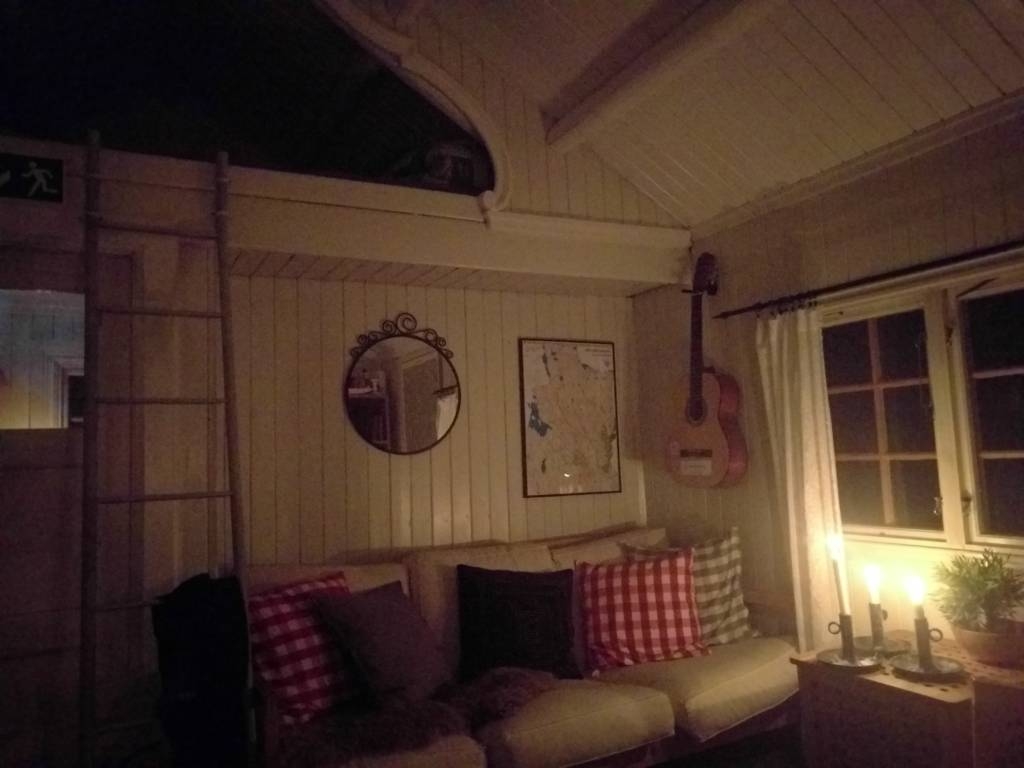 The cabin was adorable with a cozy living space and a loft for sleeping. Since, this isn't a serviced cabin, you are required to bring your own pillow cases and sleeping bag liners. Candles were provided for light, but no electricity or running water. We had to go down to the well to get water, then boil it so it was safe for consumption. You had to go outside and use the out house. I put on my best Laura Ingalls Wilder face and enjoyed the experience!

Once we unloaded our stuff, we grabbed firewood to heat up the cabin. We had brought in our backpacks a "cheese out" picnic, because we both really love cheese (who doesn't). I bought a box of wine (which was ridiculously expensive for boxed wine) and enjoyed the romantic candlelit dinner.

In the morning, we were quite hungover and the walk back was a lot more quiet than it was going up. It was all I could do to focus on not falling down the mountain, or worse. 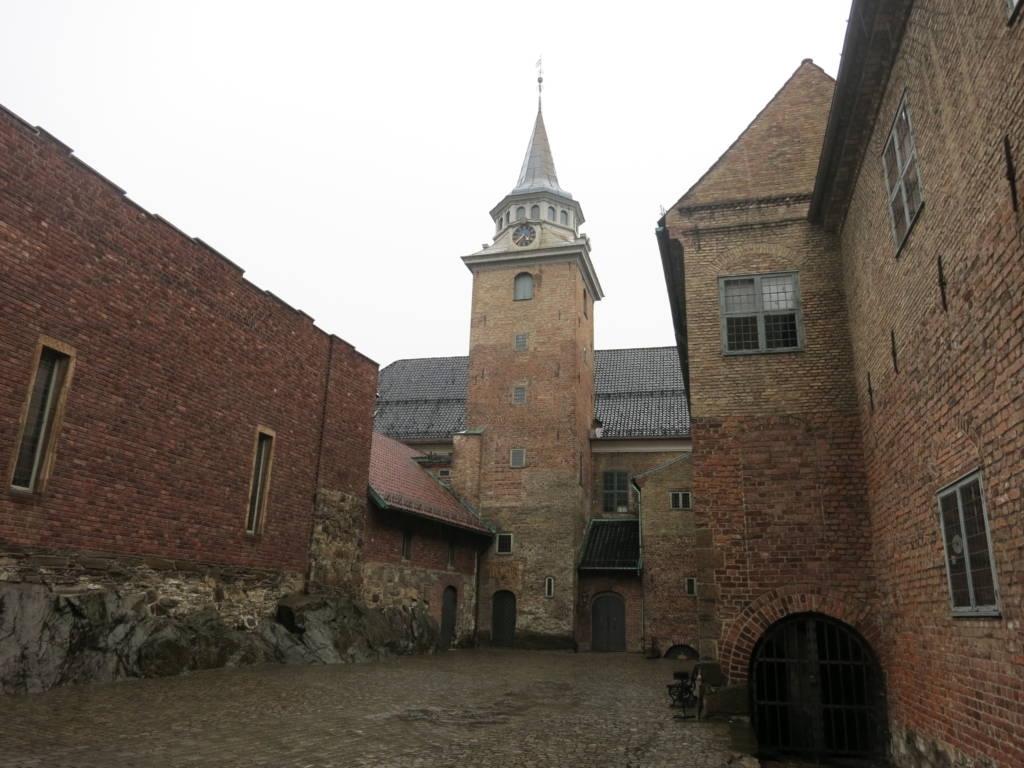 Of course I went to see a castle! Akershus Fortress

Norway is on my list of places to return to! The country is HUGE and I didn't have enough time to really explore the country. Next time I want to go on the ​Flåm Railway, which is supposed to be the most beautiful train rides in the world!

There are huge benefits of Trusted Housesitters. I get a nice flat or house all to myself, I can cook, and do laundry, even sleep until noon with no one to judge. It doesn't allow me to be gone for multiple days at a time, and it can get a little lonely. But, it's a huge help to my budget. Hope you enjoyed my Oslo in a nutshell!

Things to do in Copenhagen
A Trip to Edinburgh, Scotland, Plus Potterhead Fan Locations