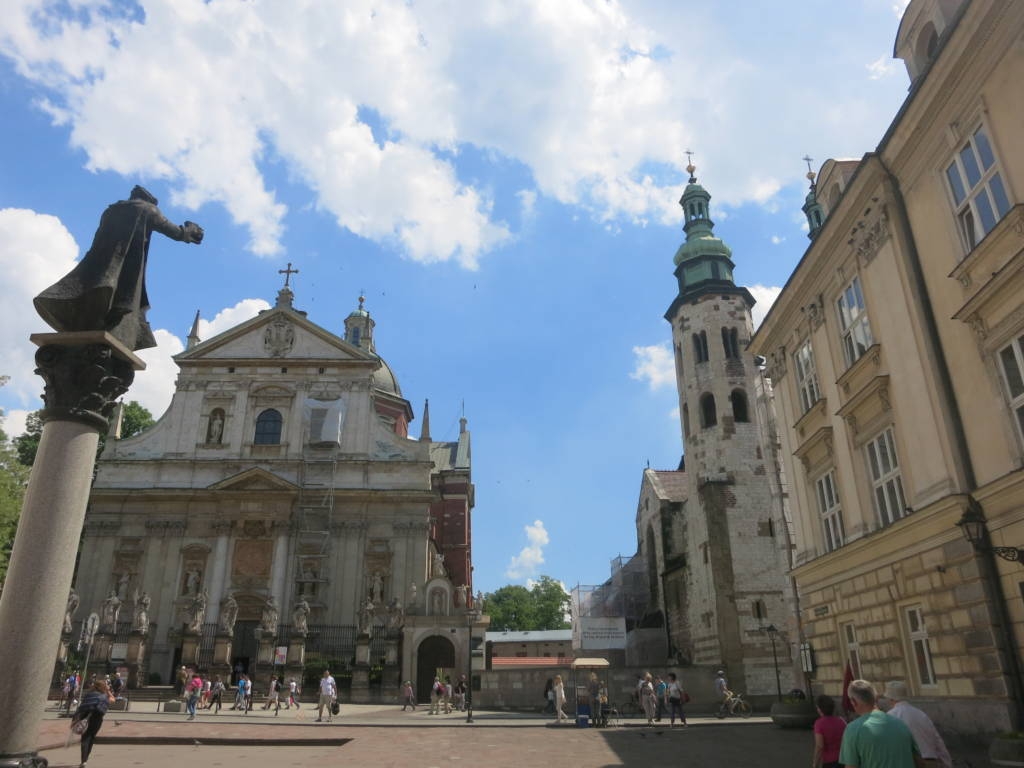 Krakow hits the top portion of my list for favorite cities. The Old Town is untouched and preserved, the beer is cheap, and I met some incredible people. I stayed at Greg and Tom's Beer Hostel, which provided free breakfast and dinner, plus a number of guided tours. 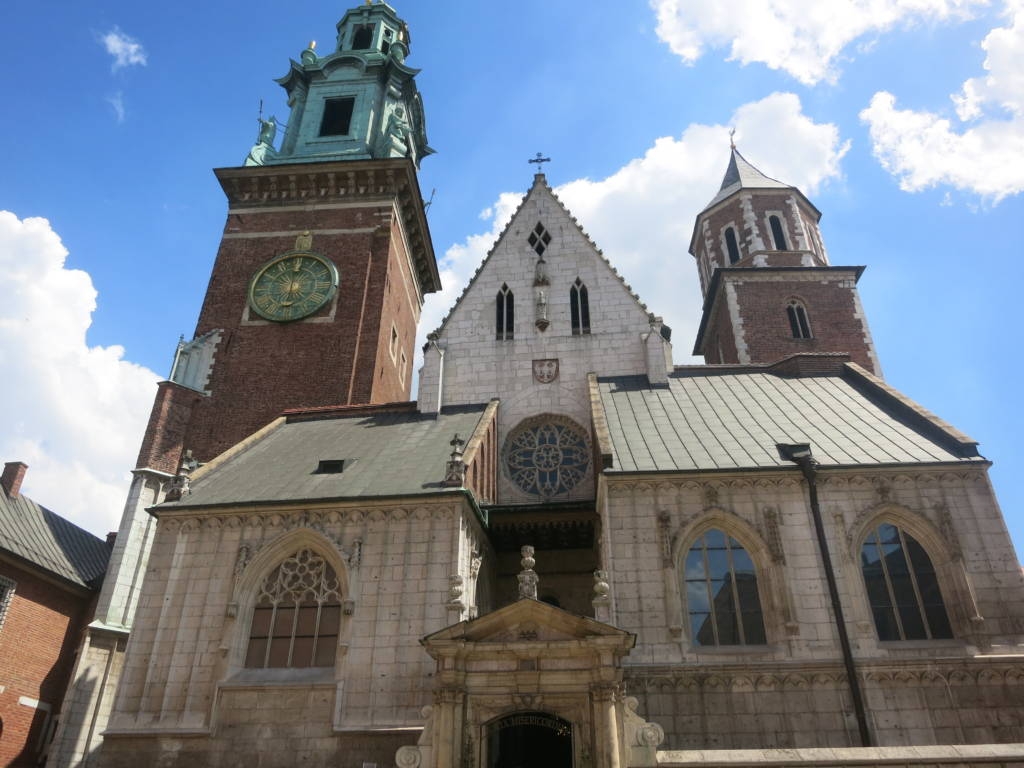 On my first day I went to Auschwitz. I know this isn't a happy adventure, but I felt it was a rare opportunity to see something I'd learned about in history class. Plus, I truly believe in the importance of learning from our past to change the future. You have two options to get to Auschwitz. You can go rogue and take the public transport, but then you have to go at certain times when group tours aren't going. I thought it was easier to just go with a tour and take the transportation stress out of the day.

The Germans changed the name of the town, Oświęcim to Auschwitz when they invaded the country and "Germanized" the country. I was amazed at the number of bunkers and buildings we were able to go into and experience. One of the most humbling exhibits was the rooms filled with human hair, belongings, and suitcases with their names on them.

It is astounding how the Nazis thought of everything. To eliminate chaos or hysteria, when the prisoners disembarked from the trains, they were told to write their names on the suitcases, to better find them again after they took a shower. The Nazis even planted flowers by the train station to create a calmer, but more efficient environment.

As difficult as it was to visit Auschwitz, I'm glad that I did. I learned things that I hadn't known before, and it was an experience that I'll never forget. 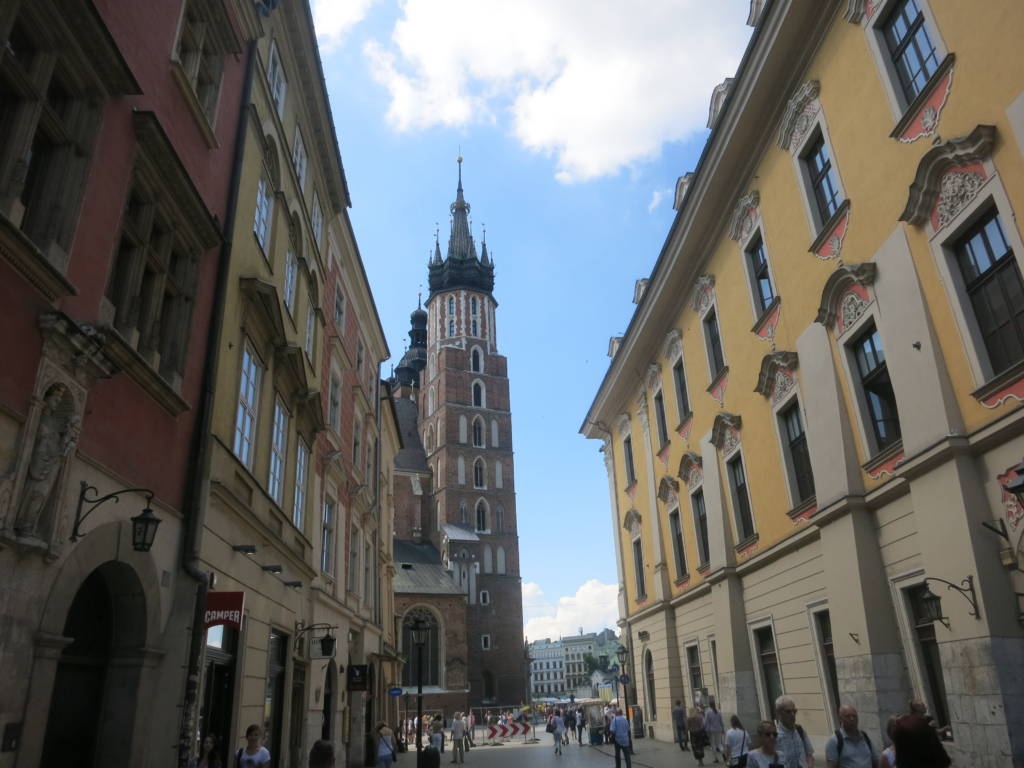 Enjoying the Nightlife of Krakow

I went on the pub crawl provided by Greg and Tom's Beer Hostel. Now, I don't typically go on the hostel pub crawls for a couple reasons. First of all, I'm on a budget and alcohol is one of the easiest ways to go over. Second, you are just hanging out with other tourists and not meeting locals. Third, since I am traveling alone, I try to make a conscious effort not to get too drunk. Being intoxicated, a single female, and in a city you're unfamiliar with can be a recipe for disaster. But, this time I threw caution to the wind and went on the pub crawl in Krakow.

The next day I wrapped up my visit to Krakow by walking around the city, buying some amber earrings for my sister, and saying goodbye to a handsome Brit named Phill, before catching a bus to Prague. I got caught up chatting with him and looked down at my watch to realize that I was going to miss my bus!

I hot footed it over to the hostel to grab my bag and basically ran to the coach station. I missed my bus. The next bus wasn’t until 11pm that night, so I had six hours to kill. I locked up my backpack and gave Phill a ring, surprise I'm still in Krakow! We strolled through the Jewish district and enjoyed a few beers.

Later that evening as we were awaiting the second goodbye, Phill asked where my luggage was. I told him at the coach station. He said, hmmm I think they usually shut the coach station after a certain time. My heart dropped. Did I just lock my luggage in a closed bus station? Meaning that I not only missed my first bus, but am about to miss my second. 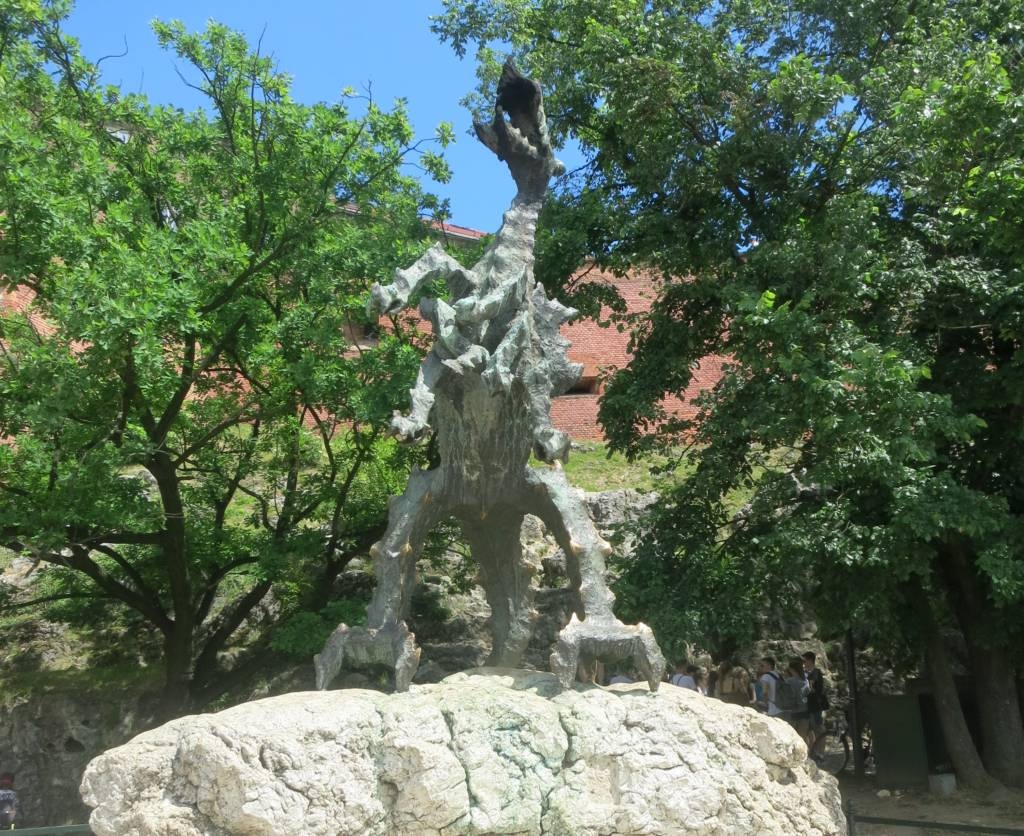 Fire breathing dragon by the castle.

Phill accompanied me to the coach station. I think it was a combination of being a gentleman and wanting to experience the look on my face when the station was closed. When we got to the coach station, sure enough it was closed with my bag safely locked inside. I turned around and walked to the nearest bar for a beer.

I booked my third and final ticket out of Krakow that night and fortunately made the bus the next morning. I ended up buying a total of 3 bus tickets to get out of Poland. I'm not sure how much money I lost, but I'm refusing to look, because it'll probably make me feel ill. On the bright side, I got an extra day with Phill and helped boost Poland's economy.

Old and New in Warszawa, Poland
Where to Take Excellent Prague Photos