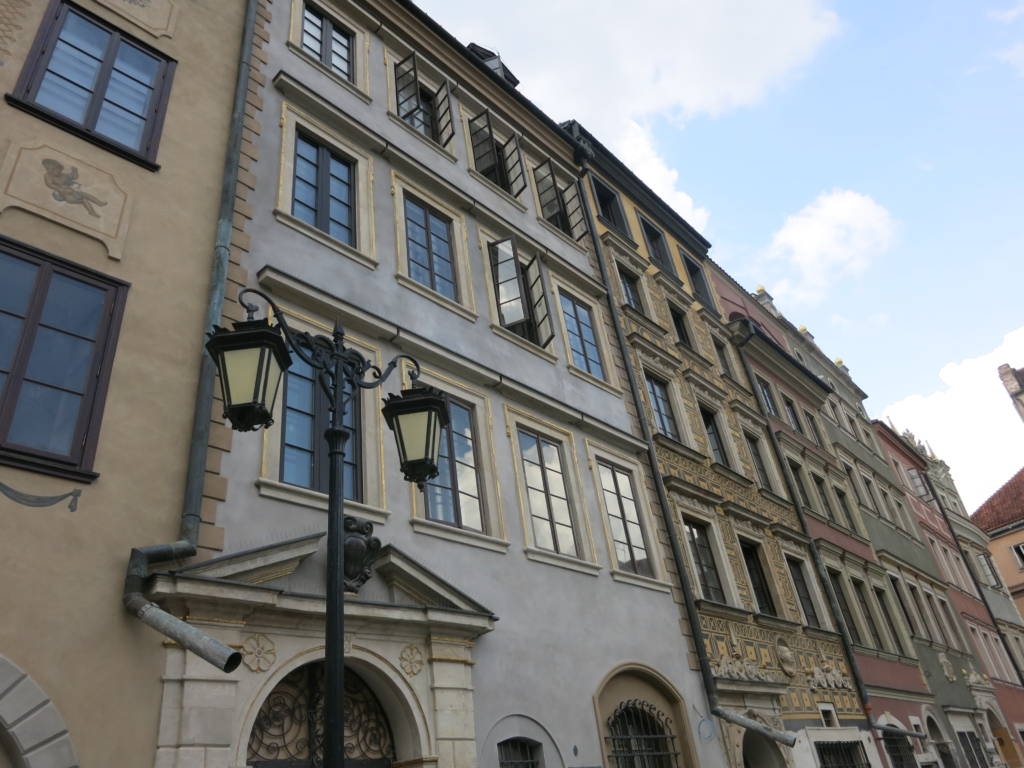 Old and New in Warszawa, Poland

After my time in Germany, I got another housesitting gig in Warsaw, Poland. Enticed by the beautiful scenery and notoriously cheap prices, I booked a flight. The couple I was housesitting for had a modern home in the suburbs of Warsaw. They were leaving for a long weekend to go glamping in Poland!

I enjoyed having the luxury of spreading my things out, doing work outside on the patio, cooking my own meals, and taking long baths in their massive tub. A funny thing I noticed is that there are a lot of skinny beautiful Polish women. Unfortunately, did not see a lot of handsome Polish men. 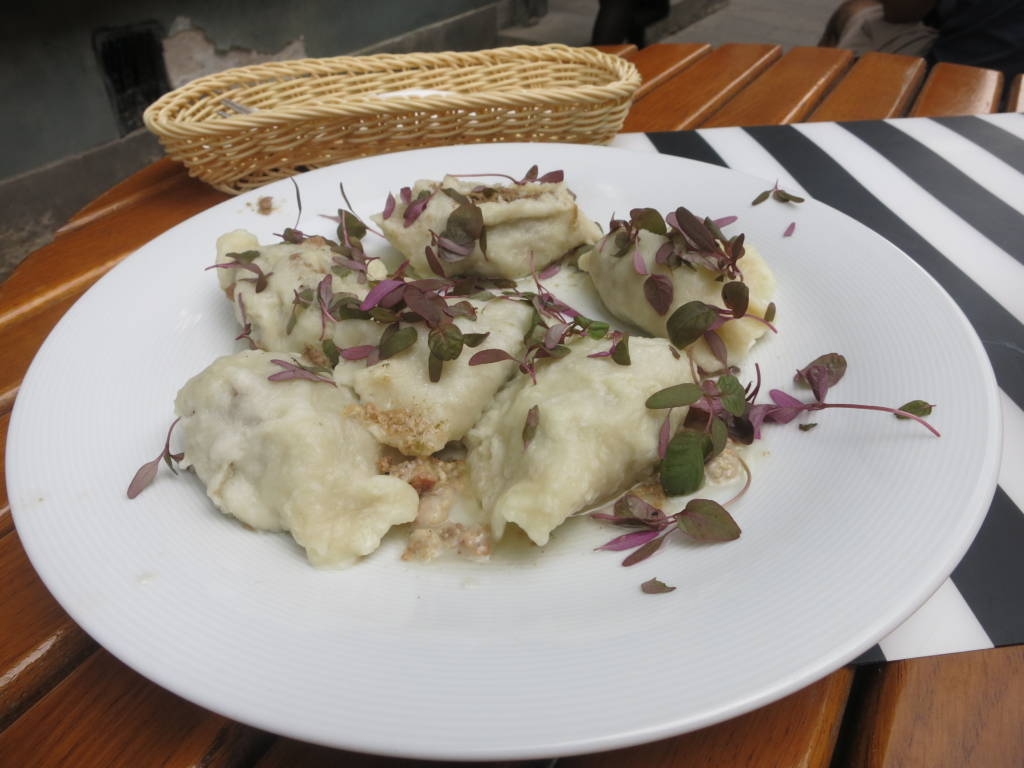 Of course, I started the trip with a free walking tour. The day promised good weather and I was excited to explore the Old Town of Warsaw. While I was waiting for the tour to start I found a café and ordered pierogis.

Warsaw is the capital of Poland, but hasn't always been. The capital used to be in Krakow, but was moved to Warsaw (or Warszawa in Polish) in 1918. The thing about Warsaw, is that the architecture is somewhat of a farce. The city was basically leveled as punishment by the Nazis in World War II. What remains is communist style buildings and buildings that were recreated to look how they did before the war. In reality, "Old Town," isn't even that old.

As we were walking around the city, a torrential down pour started. It was so bad the entire tour was trying to hide in random doorways to save ourselves from the rain. A man gestured for all 40 of us to squeeze inside his one room museum. 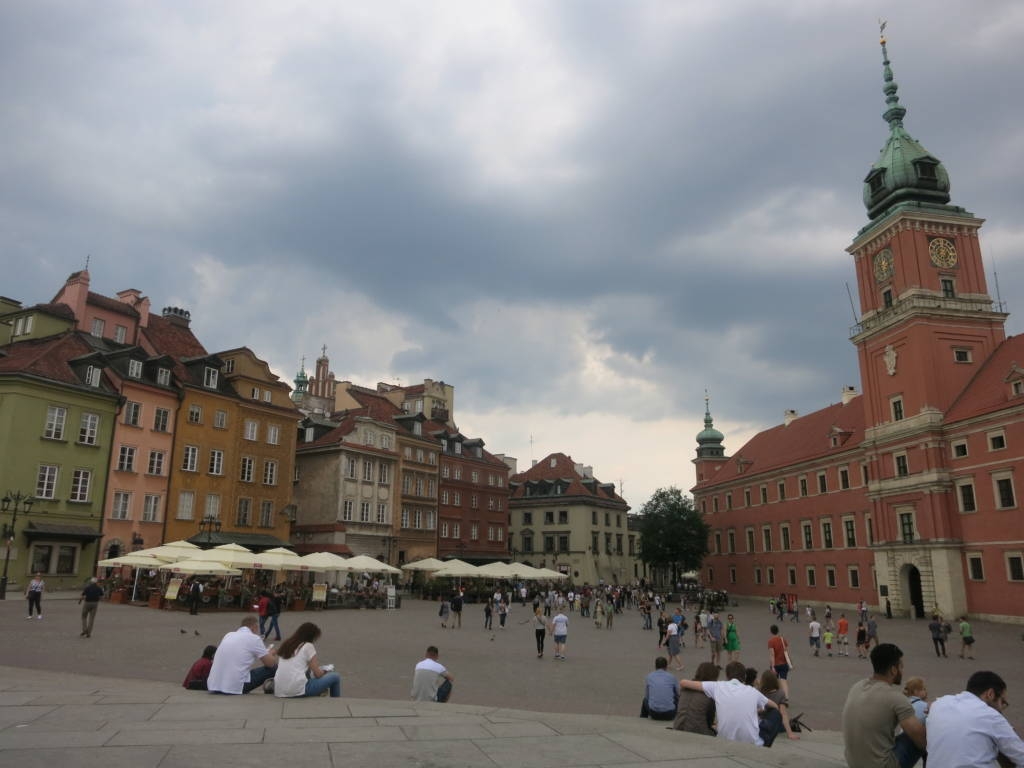 As we waited for the rain to subside, the man told us about how the entire museum was devoted to one man - Ryszard Kukliński. We learned about how Kukliński was a spy working for the Americans against the Soviets. His wife didn't even know he was a spy until they were in danger and had to flee. They believe that his sons were murdered by the Soviets as punishment for his assistance to the Americans. The first son was killed on the exact day of Kukliński's escape. The second disappeared on the anniversary of the first son's death. It was really interesting to learn about someone that I never even knew existed and to learn about it from someone so passionate about it.

I went to the top of Palace of Culture and Science building to take a look at the views of Warsaw. You can walk all the way around the building to see the city. You see a combination of modern and communist style buildings. It's an odd combination of ugly and new. 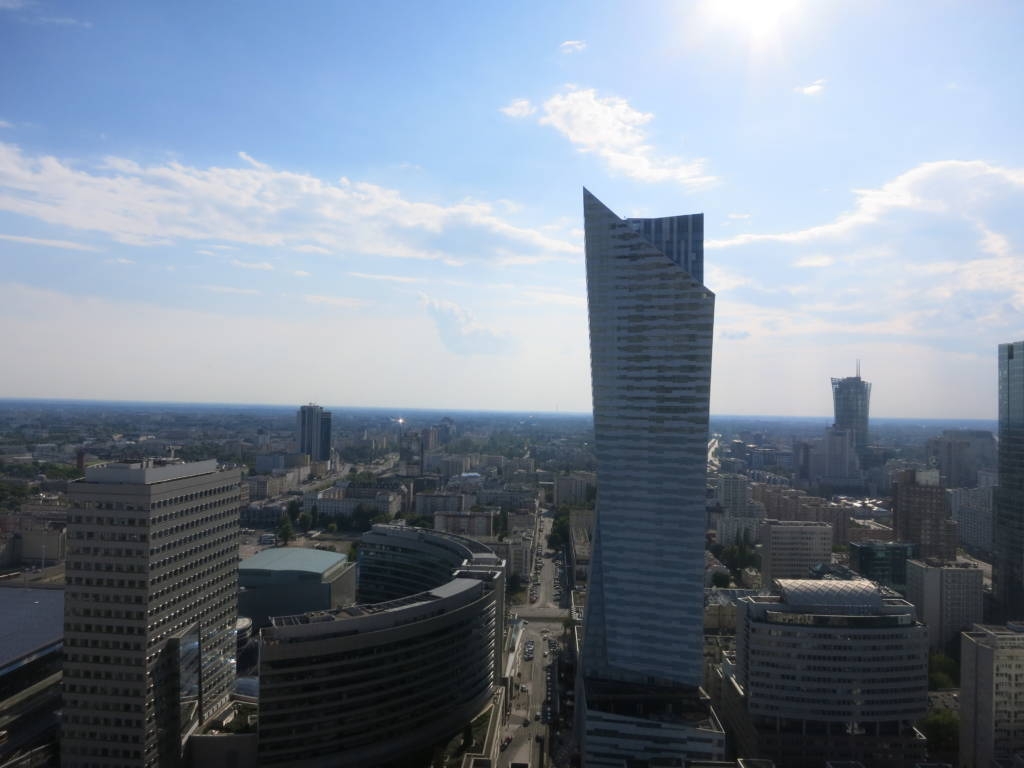 View from the Palace of Culture and Science

I heard amazing things about the Chopin museum and made my way in that direction. The museum is really state of the art and incredibly interactive. You get a key card which allows you to go to each station and gives you an explanation in the language assigned to your key card. The museum walks you through Chopin's life, his masterpieces, and the people that influenced his life. Being someone that previously had no previous interest or knowledge in Chopin, I found the museum very entertaining. 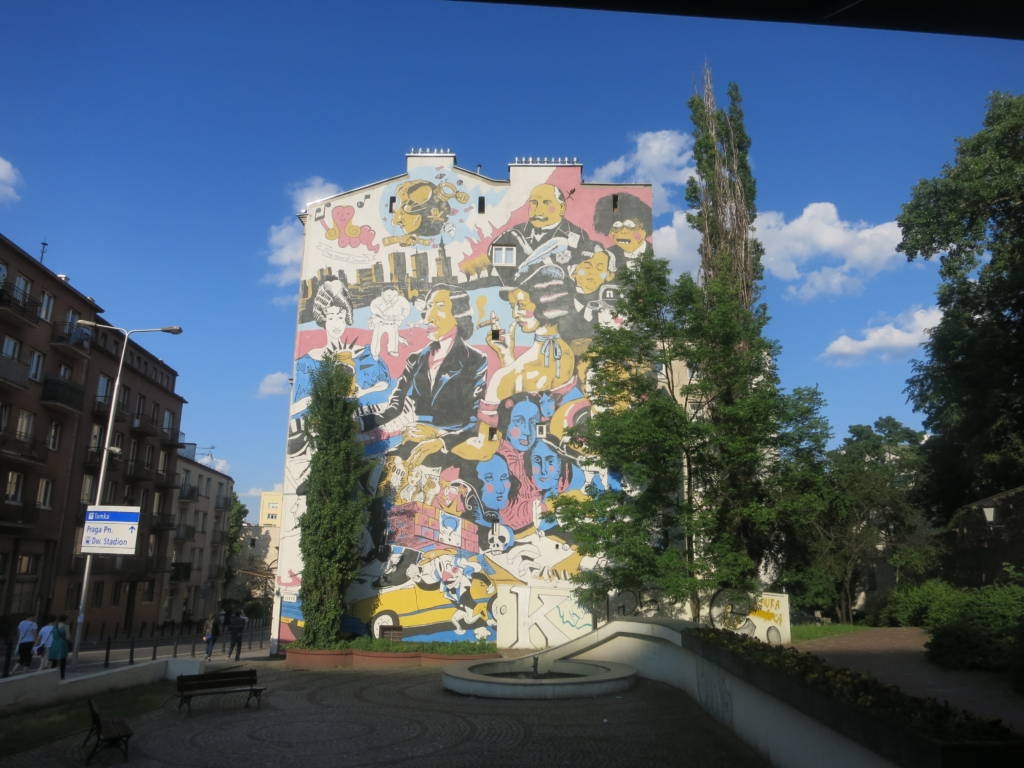 The mural outside of the Chopin Musuem

When the couple returned home from their glamping adventure, they were kind enough to take me to the train station. I figured it would make sense for them to recommend the best train to take to Krakow. I arrived at the station and realized that they had dropped me off at the wrong station, so I wasn't able to make the train they recommended. Unfortunately, I then found out that the next two trains were sold out. As I ate a lody (ice cream) and contemplated my options, stay in Warsaw for two hours, or splurge and get a 1st class ticket. Funny thing is, the splurging for 1st class was only 20 euros, as opposed to the 6 euros it would have been to get 2nd class.