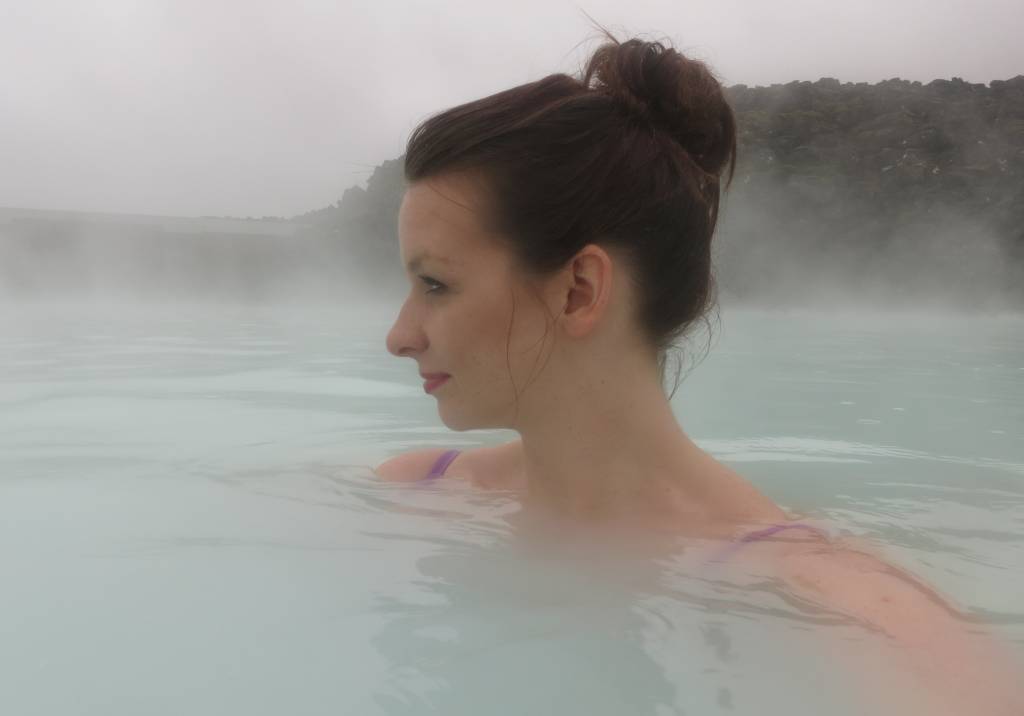 While I was in Belfast, I thought to myself, "I'm pretty freaking far north, I wonder if it would be hard to get to Iceland?" Guess what, it isn't! I booked flight on the budget airline, EasyJet, to Reykjavik, Iceland. My trip to Iceland was absolutely breathtaking. While I went against advice to rent a car, I made due and was able to explore part of the country and have an amazing time. 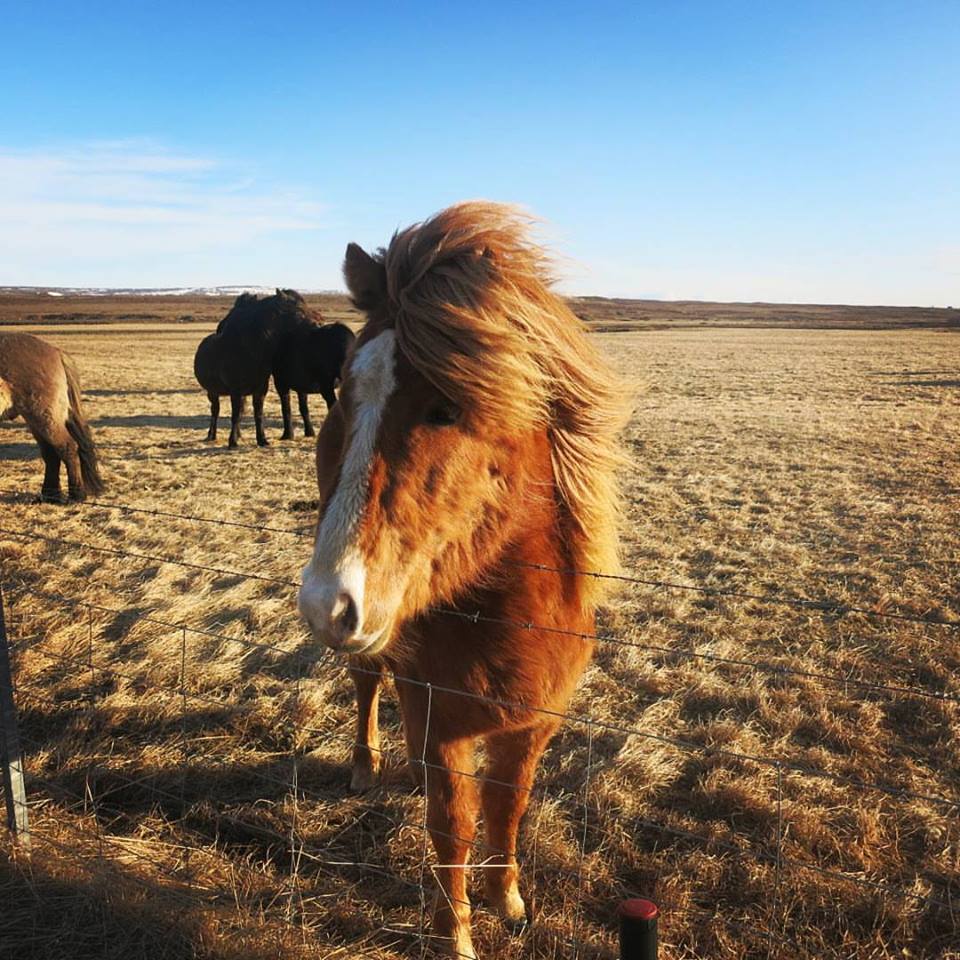 I checked into Kex Hostel, which is an old biscuit factory and very trendy, dropped my stuff off and went directly to the city's free walking tour. I loved listening to the Icelandic accent, which is one of the oldest North Germanic languages. Iceland has been so isolated and untouched that text from the 12th century can still be understood by today's Icelandic elementary school students. I can hardly get through Shakespeare!

I learned that Icelanders' ancestors originated from the Vikings (women fought as Vikings too)! They actually did DNA tests on Icelandic people and found as much as 40% Irish DNA. This is because Ireland was the closest country to pillage, bringing women and slaves back to Iceland.

Now, due to the closeness of the country and the small population (over 300,000) people today are more worried about incest. When you tell your parents you met a nice boy, instead of asking where they are from, or what they do for a living, your parents will ask whether you are related. They even have an app called Íslendingabók, which determines how related you are to someone else. No incest for you! 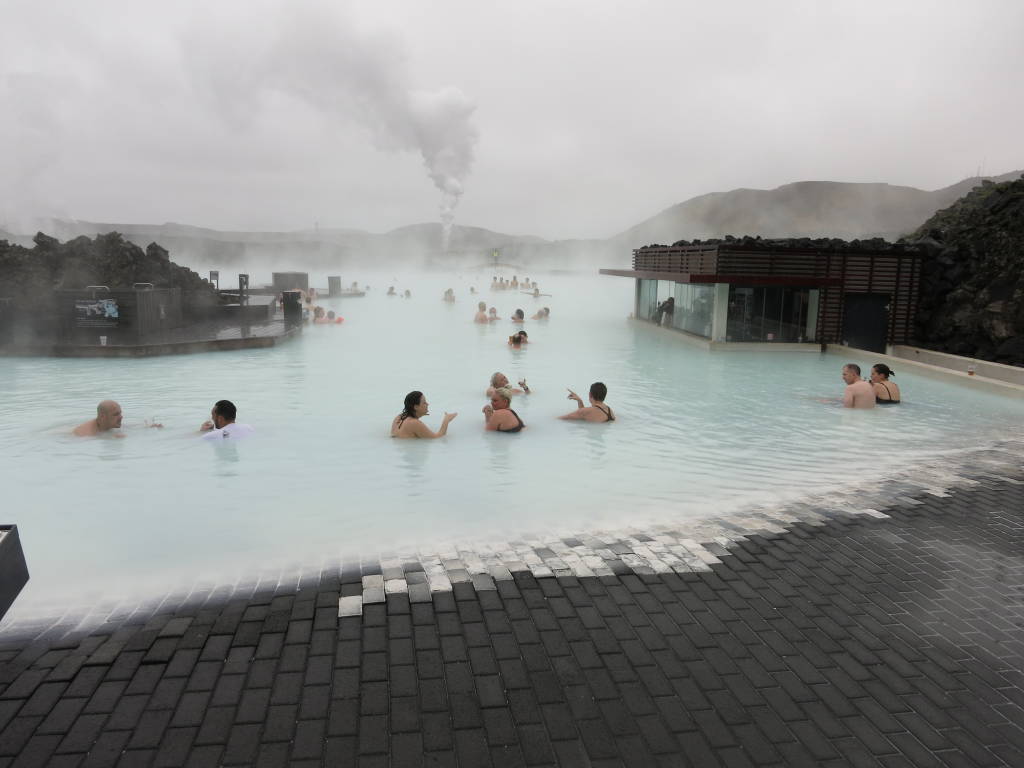 One of my first adventures was to the infamous Blue Lagoon. It was incredibly expensive (like everything in Iceland), but I knew it was a once in a lifetime opportunity and bit the bullet. This couldn't have come at a more perfect time, because I pulled a muscle from carrying my backpack. The experience was absolutely wonderful and relaxing.

You can't see into the mineral water at the Blue Lagoon, it's just the cloudy blue. The steam from the hot spring makes it hard to see, at some points the wind would blow and I couldn't even see an inch in front of me! The water was about the temperature of a really warm bath, which is lovely compared to the frigidness of the Icelandic air. When I was there it was about 35 degrees Fahrenheit and raining.

I was really excited about being in Iceland, because of the proximity to whales. I even went to the National Whale Museum in preparation for the whale watching tour that I booked. The museum was completely dead and I nerded out learning about whales and staring with my jaw dropped at how massive they are (don't worry just replicas and skeletons).

The whale watching tour unfortunately left me wanting. We did see a group of minke whales for a brief second. The rest of the tour was people freaking out over dolphins. Having traveled to Florida and Mexico multiple times, I was less than amused. Note to self, whales and dolphins are both classified as cetaceans, tricky tour company. 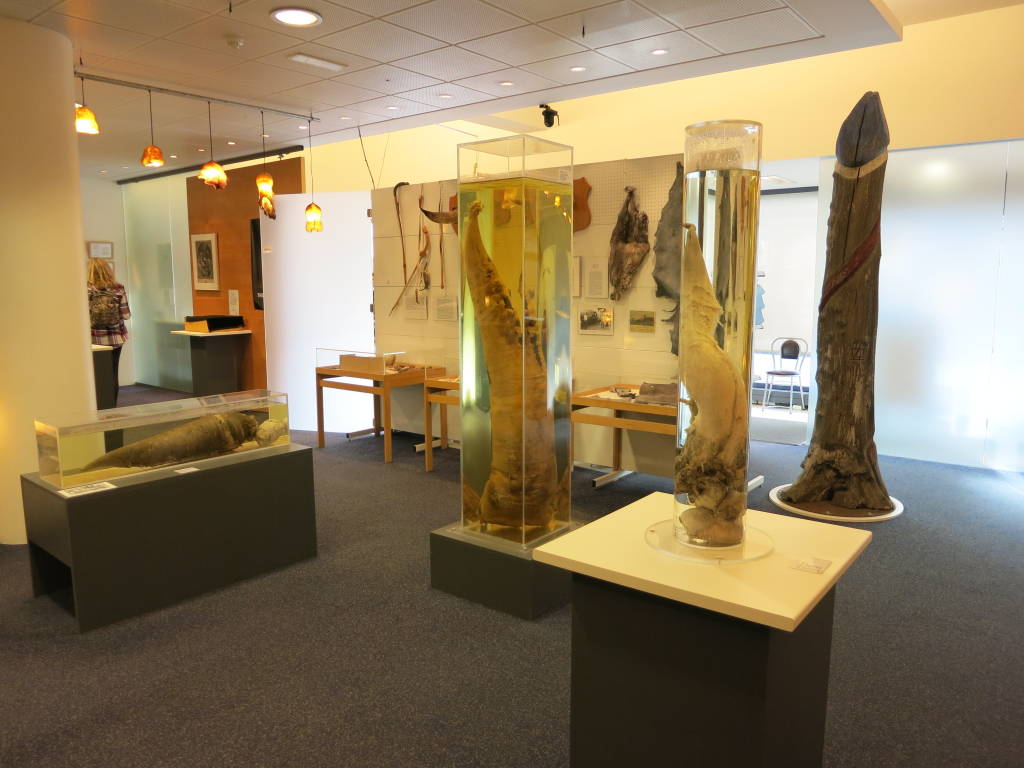 Iceland is also known for the largest penis museum. I figured, I might as well absorb some of the culture, and went to check out the Icelandic Phallological Museum. They boast a wooping 215 penises on display. It was mostly whale and animal penises in jars, but of course the founder, Sigurður Hjartarson, included an over-exposed photo of his own member. I wasn't too impressed with his "donation," if you know what I mean.

At Kex Hostel, I met two Norwegian girls, Linn and Annika. We rented a car and headed towards the Golden Circle of Iceland. Again, I didn't do my due diligence before embarking on a trip and found myself hiking a mountain in jeans, leather boots and a leather jacket. Not exactly hiking gear. We hiked up a mountain to Reykjadalur, a hot spring on the side of a mountain.

I thought about giving up about a dozen times, but didn't want to be categorized as a "lazy American," so I held my tongue and kept on trucking through the mountain. At the top was a hot spring you could bathe in. Since I had hiked 3k to this stupid stream, I was so excited to enjoy it, I stripped naked next to the water, barely got my swimsuit on before jumping in.

The hard work was worth the reward. Had I just walked from a parking lot and saw the stream, I probably wouldn't have even bothered getting in. But, since I had hiked up a mountain to get to this precious stream, I was determined to enjoy it to it's fullest! 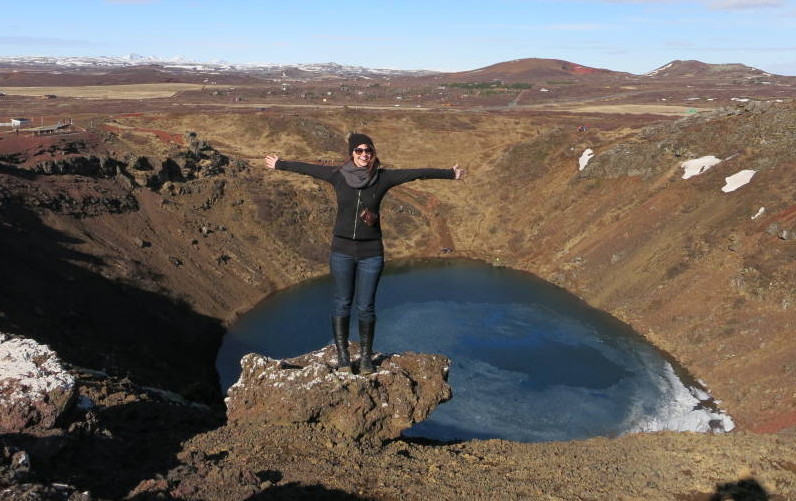 We also made a few other stops including Geysir, which yes, is exactly what it sounds like, a geyser. The ancient Icelandic people got really creative with that naming. The magnificent Gullfoss waterfall and the last stop was Þingvellir, where the law book for Iceland was created. It's also where the two major Eurasian and North American tectonic plates converge.

Linn and Annika enjoyed doing quick exercises between sites, like jogging and doing high-knees. I figured, "when in Iceland," and partook in said "exercises." I ended up walking over 14 miles that day, much unlike my previous sedentary lifestyle.

My trip to Iceland wouldn't be complete without seeing the Northern Lights. On our last night together, I bribed Linn and Annika to take me to see the Northern Lights with the promise of a car picnic. At first, you think your eyes are playing tricks on you, but the light green lights look like they are dancing in the sky. It was truly marvelous. Unfortunately, I didn't take any photos. You have to have really great camera equipment, and I was content to enjoy the view and cross this off my bucketlist.​

Iceland makes it incredibly difficult to take a bad picture. It's a nature lover (and non-nature lover's, like myself) paradise. I have even been quoted as saying "I prefer to enjoy nature from inside." But, I loved every minute of it, or loved it once I got to the destination! 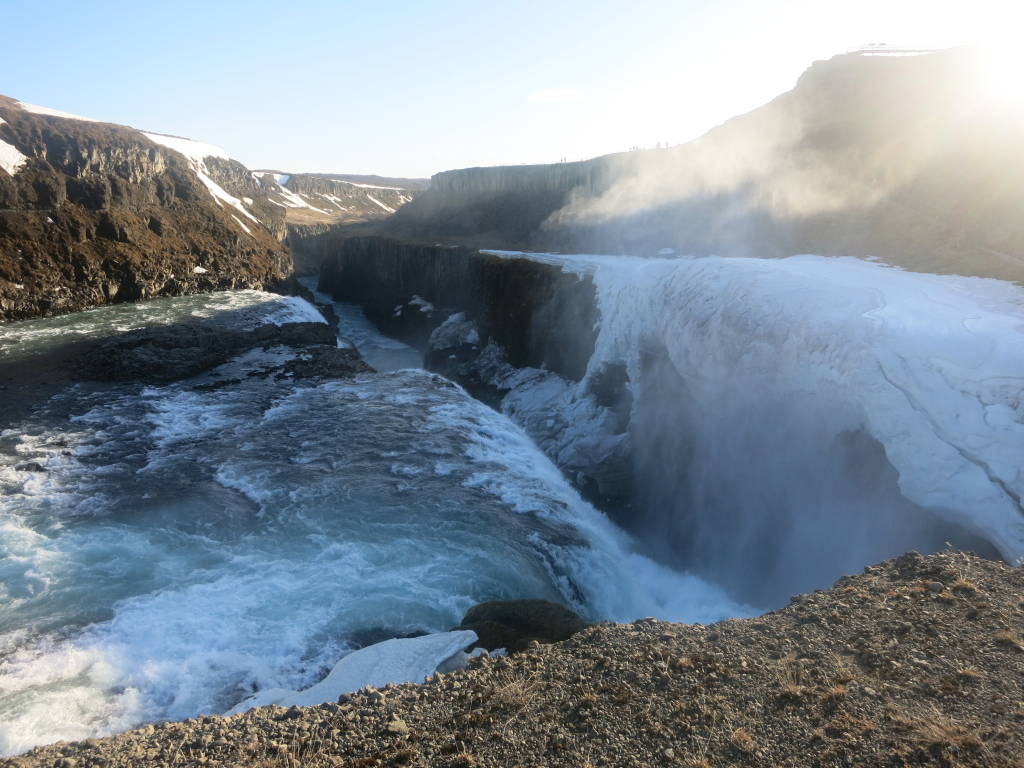 For anyone planning a trip to Iceland, I would recommend renting a car. It's much cheaper to rent a car and drive to all the sites, than it is to get a tour bus. Plus, you then have the luxury of creating your own itinerary. One of Iceland's major industries is tourism, so the tour bus system is very efficient, but public transit is almost non existent. Be prepared for everything to be expensive, which makes sense, it's not easy to get goods to an island, let alone Iceland. Yet, the magnificent views are worth the price!

Galway, a Charming, but Quirky City
Places to See in London

How to Choose Your First Portable Coffee Maker

How to Choose The Best Travel Toothbrush