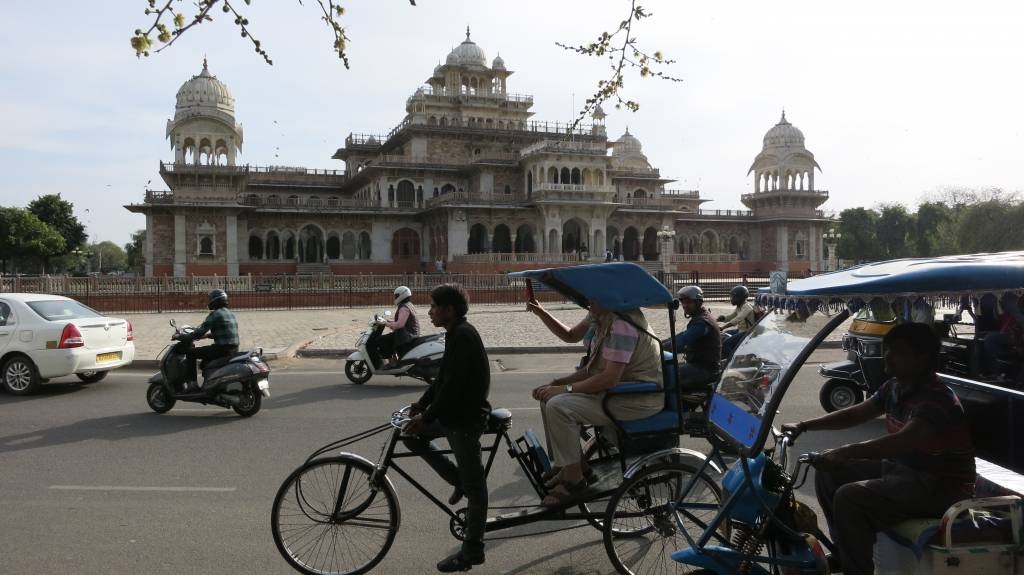 On my tour of India, we drove to many cities and I tried to make sense of the traffic. When I first landed in India it just seemed like mass chaos to me. I couldn't quite understand how people could swerve in and out of traffic, or why they needed to honk their horns every thirty seconds. I began to calculate a theory of this actually quite organized jumble of people. The traffic in India is like a hierarchy system. At the very bottom of the hierarchy is stray dogs and cats that risk their tiny flea ridden lives to cross the street.

The next level up is pedestrians. Now, this is completely foreign to me, because in the U.S. and Europe, pedestrians own the streets, but not in India. Pedestrians have to weave in and out of cars and mopeds to cross the street, or you'll sometimes see the confident soul that crosses without any inhibitions.

After pedestrians is bicycles, then motorcycles. You'll quite often see an entire family sitting on a moped. It was common to see a child of about six or seven sitting in the front, the father driving, the smallest child squeezed between the parents and the mother in a beautiful sari on the back, the tail end of her sari whipping in the wind.

After motorcycles, is of course cars, then buses. But the buses have a hierarchy of their own. An older, beat up bus is actually higher than a nice, new bus. In my theory, this is because the older bus really doesn't care if it gets another of a hundred dents on it's fender. It's going to keep on going. Then, the very, very top of my ​traffic hierarchy, is of course none other than the sacred cow. You will see cows sitting in the middle of a busy street, crossing the highways, just chilling in the middle of the road and traffic adapts to them. A car will slam on it's brakes, take a life risking swerve in efforts to avoid missing this Goddess level creature. Hindus worship cows, because they represent the maternal figure that gives life to us all.

The other thing you'll notice the moment you set foot in India is the honking. The constant beeping sound is like an alarm clock to your ears. At first you may think, "Why is everyone always honking? Can't they just use a turn signal!?" Many buses will even have hand painted writing on the back of the bus saying, "PLEASE HORN." Many drivers will even use their hands in to signal a turn as well. After a few days, I started to make sense of the honking and beeping as it's own funny language.

Here are a few things that honking can mean:

​Though the hierarchy and communication of traffic is completely obscure to a foreigner, it has it's own way of organization in India. After awhile the honking and chaos is the new normal and you accept how different cultures have their own way of finding order in the world. A man pulling tires with his bicycle. 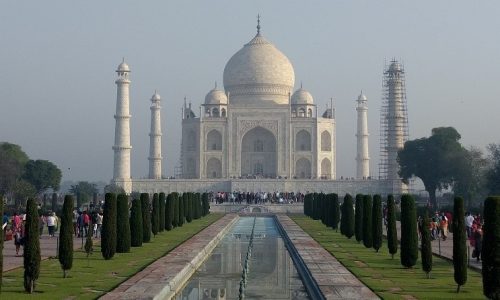