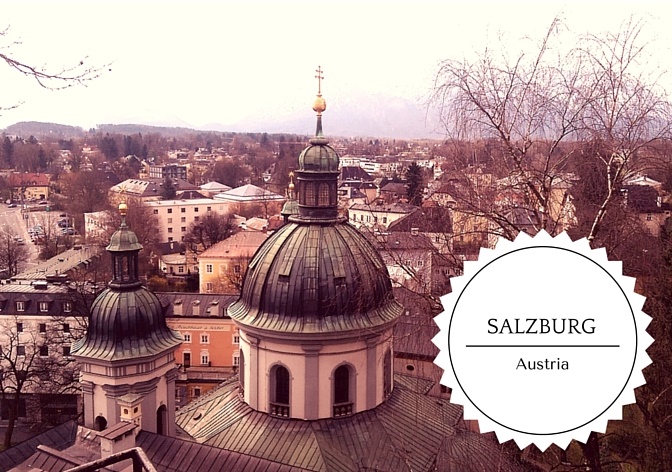 On my 2015 European adventure, I took a train from Brussels, Belgium to Salzburg, Austria. Salzburg is famous for Mozart’s birthplace and the Sound of Music. One of my bucket list items was to go on a Sound of Music tour.

I wish I could say the train ride was uneventful, but I did run into a snag. I had a couple train changes from Brussels to Salzburg. I was enjoying a Beligian beer and jamming out to my “Broad Abroad 2015” playlist for the occasion. I had the full itinerary printed out, so I could closely follow along and know when to get off to the next stop. We were only 20 minutes into the second leg and the train stopped and everyone got off. A couple people passed by and mumbled in German. I think the bewilderment on my face is what caused a kind gentlemen to explain the situation to me in English.

The train had stopped, because they hadn’t finished building the tracks. Surprisingly, this is an issue. In my American mind I thought to myself, why would this itinerary be an option, if the tracks weren’t yet completed. Bewildered, I followed the other train travelers to board a bus. I was a little worried, because I was lost, had no cell phone, and was on a bus with an destination unbeknownst to me. Different waves of panic rushed through me as I started to worry, only to calm myself down again.

30 minutes into the bus ride, we pulled up to another train station and I let out an audible sigh of relief. The incomplete track situation caused me to miss my next train. Luckily, all I had to do was go to the ticket office, explain my situation and they rerouted me. On the next train, I rewarded myself with another Belgian beer.

Salzburg is a small town and can easily be navigated through in a couple days. I made a reservation for Fräulein Maria’s Bicycle Tour. The tour led us around Salzburg, visiting the major Sound of Music sites where the movie was filmed. The guide even had a boom box for us to sing along to. The only others on the Sound of Music tour was an American family. A perk of being a solo female traveler is awkward group pictures (see pictures below). Here are some of the famous spots we visited.

Visiting Salzburg and the Sound of Music tour was wonderful! All the people I met were very friendly (for European standards) and the city was impeccably clean. 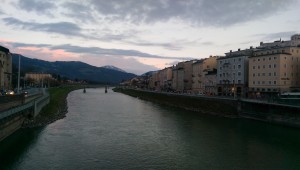 Salzburg in the evening 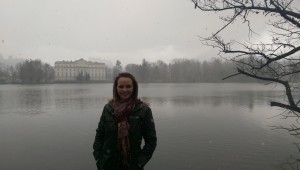 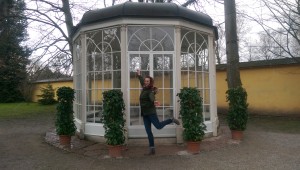 Being weird at the gazebo. 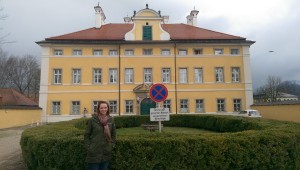 The house where Maria meets the Von Trapps 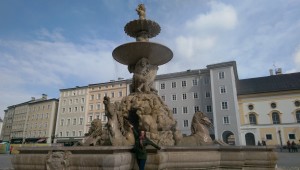 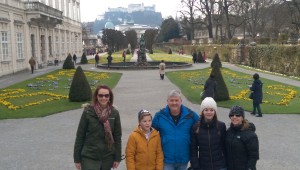 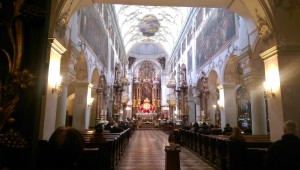 The cathedral where the Captain and Maria get married 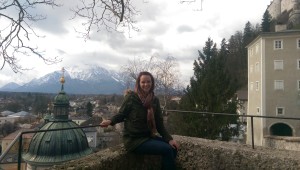 Enjoying the view at the end of the bike ride. 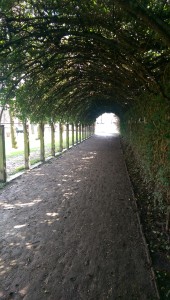