A Trip to Edinburgh, Scotland, Plus Potterhead Fan Locations

While I was in Copenhagen, I reconnected with someone from my hometown in Iowa. He just so happened to be in Edinburgh after my house sit in Oslo ended. It was crazy to be halfway across the world to re-connect with someone that went to my high school. Edinburgh was also the cheapest flight from Oslo! As soon as I got off the bus from the airport, I felt like I had traveled back in time. The city is great for anyone that loves drinking, old things, and Harry Potter. Trips to Scotland are highly recommended! 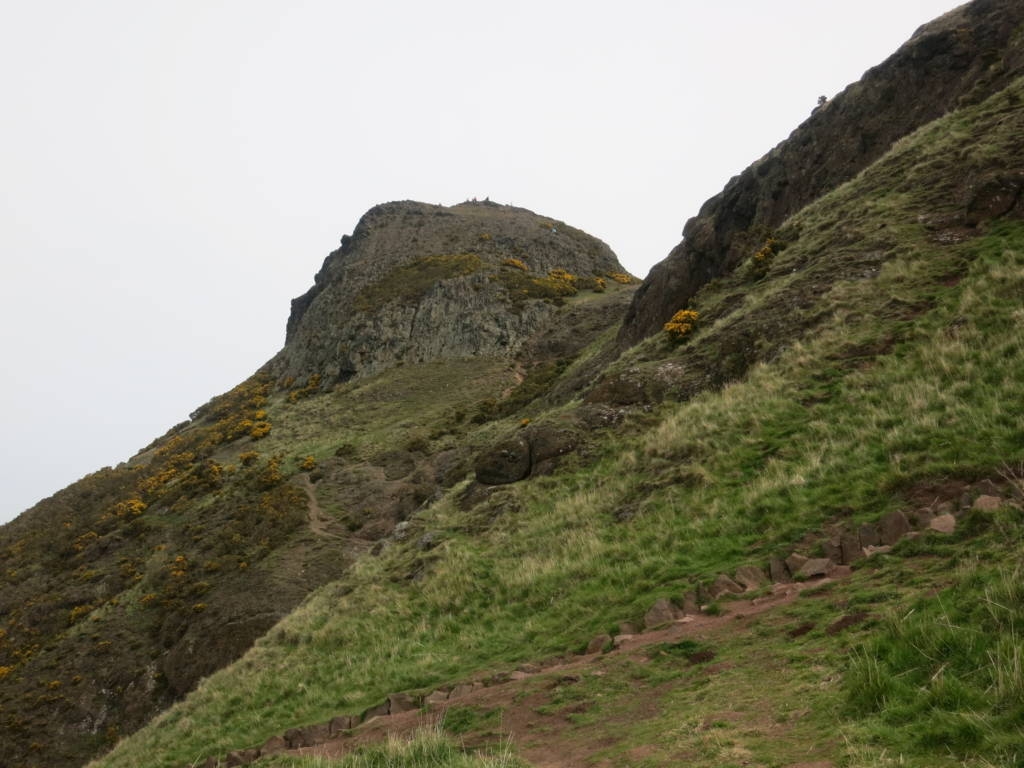 Scotland is filled with inactive volcanoes that have been flattened by glaciers. One of them being Arthur's Seat. It's an easy walking distance from the city, but slightly steep, so be prepared with proper footwear. Again, I was not dressed with appropriate gear (I'm starting to catch a theme here in my travels). I would recommend bringing a picnic with you as a treat when you reach the top. I mention this, because I was starving, or could have easily settled for a snack or a glass of whisky. To my dismay, neither were readily available. 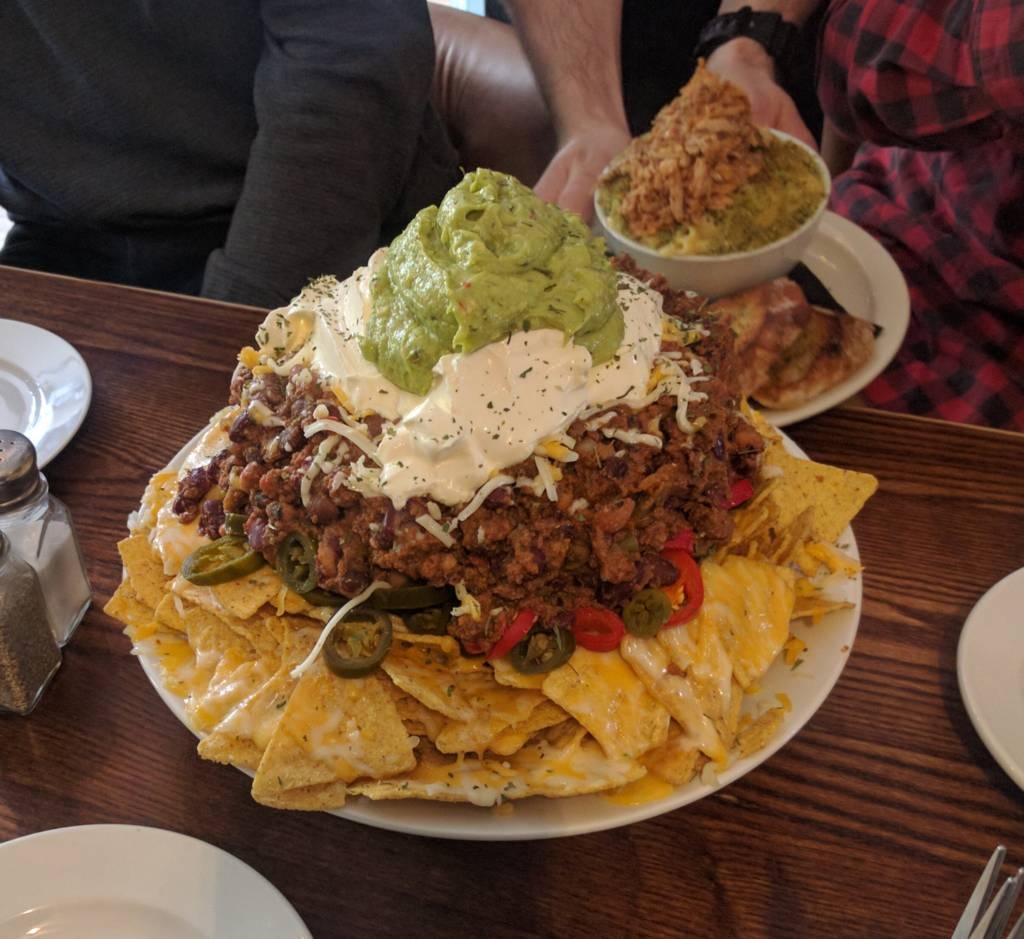 To satisfy our ravenous appetite from the hike, we went to A﻿﻿uld Hoos﻿﻿e, who boast the largest nachos in town. This bad boy was a wooping 6 pounds of chips, cheese, beef, jalopenos, sour cream, and more cheese. I had been missing Mexican cuisine, so this giant plate of nachos was drool-worthy.

For more beautiful views of the city, head up to Carlton Hill. You can see Edinburgh Castle and Arthur's seat in a quick stroll. I was lucky enough to have a gorgeous view of the castle from my hostel window. Inside the castle walls lays the oldest building in Edinburgh. St. Margaret's Chapel was constructed in the 12th century for Queen Margaret who was said to have died from a broken heart after the death of her husband King Malcom III. 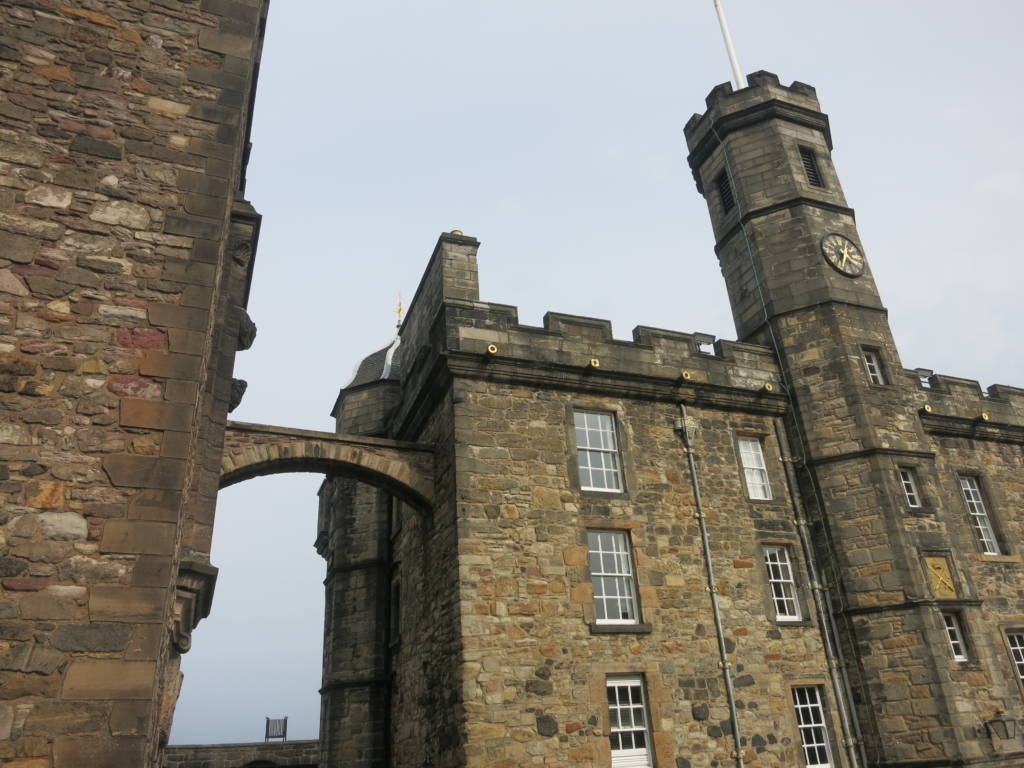 ​Edinburgh used to be nicknamed Auld Reekie, because it used to smell so bad. You can imagine with the hilly structure, waste had to go somewhere and gravity votes it goes down. The higher you lived in the city, the higher status you were, even within buildings. Edinburgh used to have a law that at 11pm you could open your windows and throw your bucket of waste out the window. I can't imagine what kind of strategic endeavors you'd have to create if you lived on the ground floor.

Both the medieval Old Town and the Gerogian New Town are listed as World Heritage status by UNESCO. This also means you can't change anything in these areas. I found it really funny that the city used to have a window tax. The more windows you had, the more money you had to pay. You can still see windows boarded up in New Town. Since it's a World Heritage status, they can't "un-board" the windows.

​JK Rowling infamously wrote Harry Potter on a napkin inside the Elephant House in downtown Edinburgh. The Elephant House is on Victoria's Street. If you walk outside of the Elephant house and take a left, the road curves into a steep hill. This street is almost identical to Diagon Alley. The narrow and windy cobblestone street makes you want to search for Ollivandars wand shop.

If you fancy a casual stroll through Greyfriar's Graveyard, you can see the names of a few Harry Potter characters, McGonagall and Thomas Riddell. It's a fun treasure hunt when the weather is nice. Directly behind the graveyard is the George Hariot's School, whose architecture looks strikingly similar to Hogwarts!

If you are able to venture outside of Edinburgh and make it to the Highlands (which I highly recommend), you can ride the Hogwarts Express. It's known as the Jacobite train, which you can read more in my post about the Highlands (coming soon). 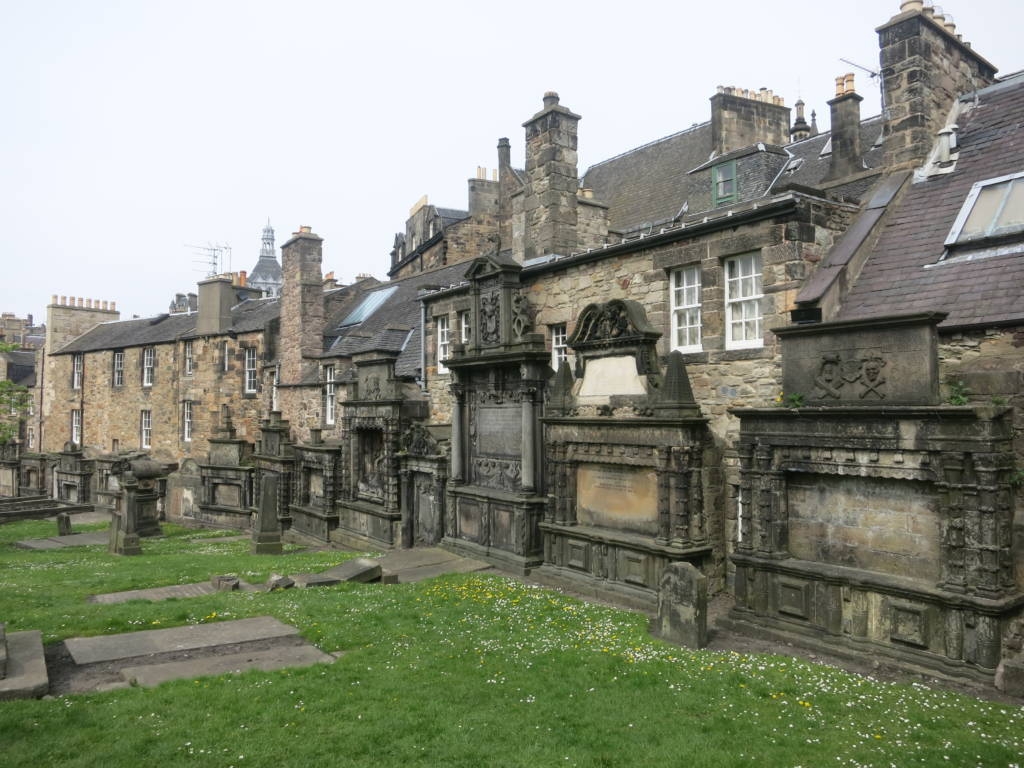 Oslo in a Nutshell
Falling in Love with the Scottish Highlands