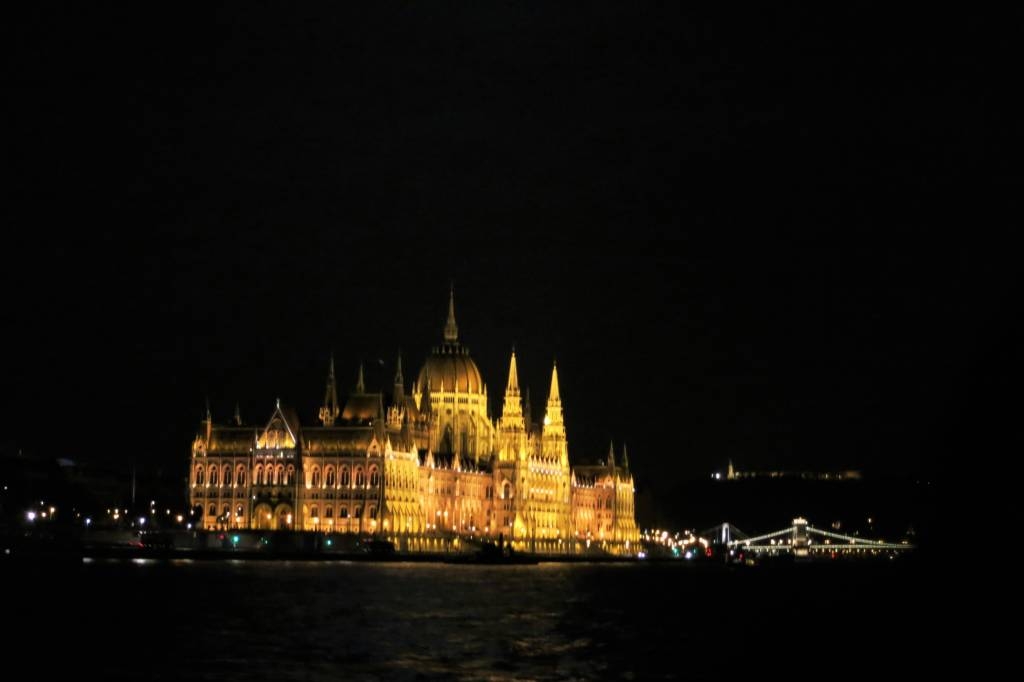 One of the cities I was most anticipating on my trip was Budapest (pronounced Buda-pesht). I was looking forward to the hipster vibes, cheap beers, and history in the capital city of Hungary. As soon as I stepped out of the airport, I realized I wasn't in a central European city anymore. 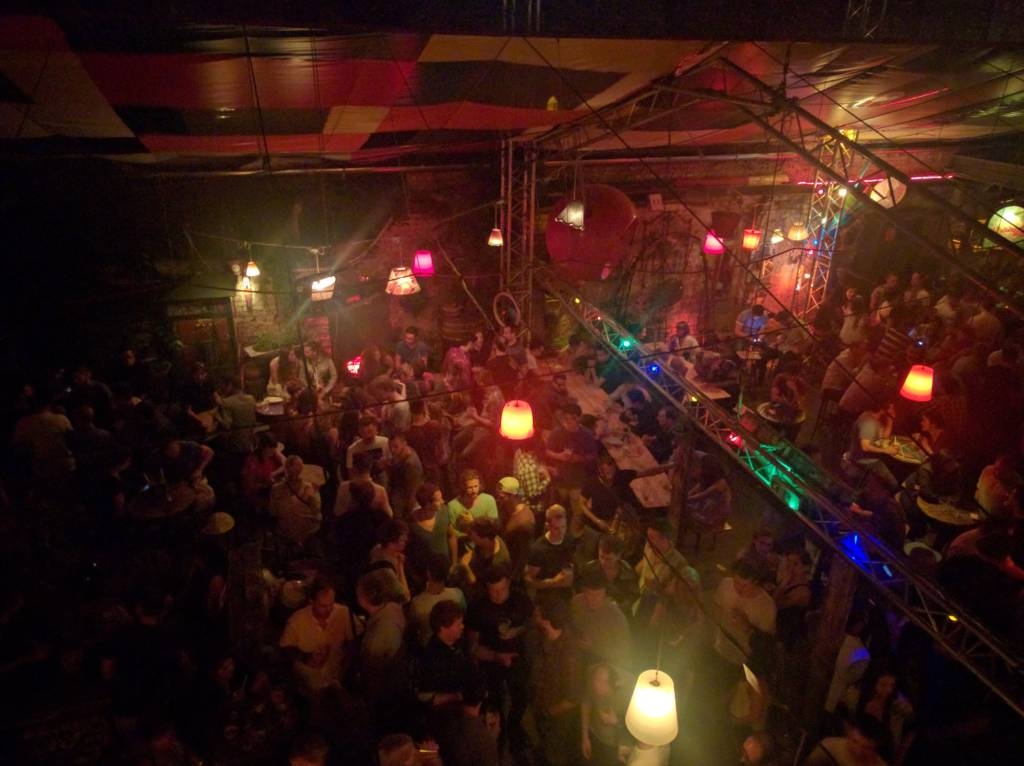 The subway was probably the oldest train I had ever been on, with the peeling paint and gritty look about it. It actually is really old being Europe's oldest underground train system, which dates back to 1896.

What made me fall in love with Budapest was the beautiful architecture. The grandeur of the old buildings mixed with new makes Budapest a combination of modern and decay. The city is filled with every type of restaurant you can imagine and all at incredibly affordable options.

Buda and Pest are seperated by the Danube River. The Buda side is covered in green space, the castle, and a lot of touristy options (and prices). The Pest side has a more local feel with every language imaginable being heard on the street.

I arrived in Budapest a couple days early before meeting my German friend, Kim. Once Kim arrived we made friends with two Kiwi sisters who were living in London. The four of us instantly bonded and set off to explore the city!​ 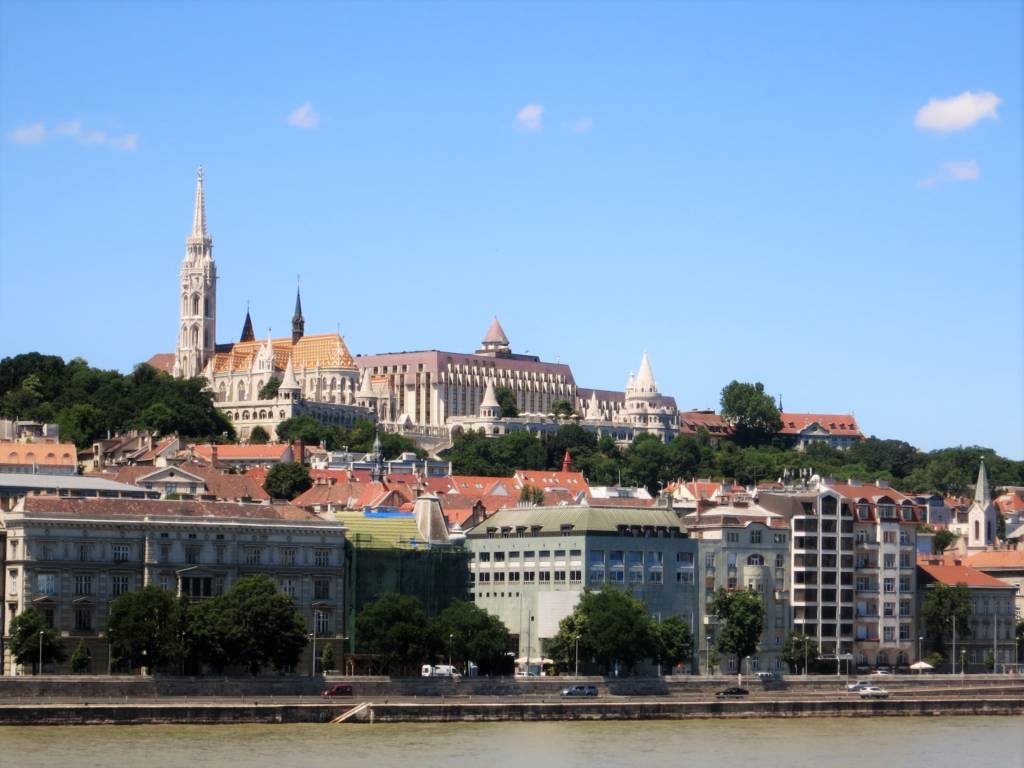 On the hilly, Buda side, you'll see the Buda castle which is now an art museum that is definitely worth going into. ​The building you see now was highly influenced by Queen Maria Theresa of Austria during the Austria-Hungarian reign. 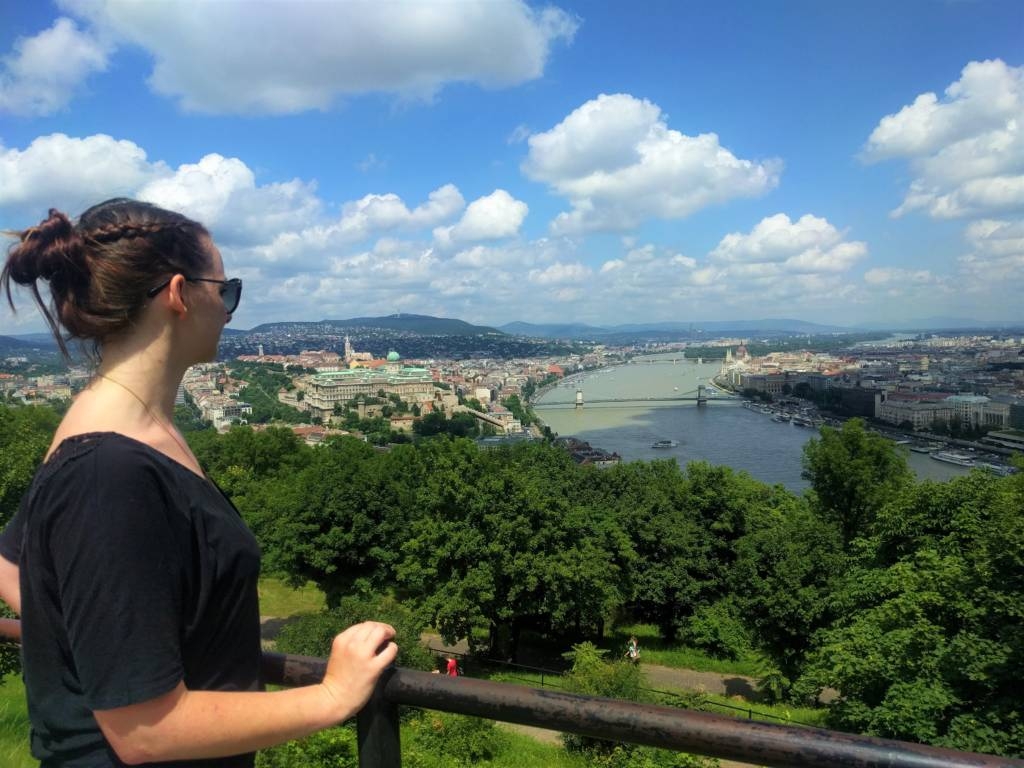 Just south of the castle, still on the Buda side is the hill with the Liberty statue at the top, protecting the city. It's a memorial for those who died in war. It's worth the hike to get great views of the Pest skyline.

A brief nature escape while still being in the city can be found at Margitsziget. The entire island is a park with fountains and activities to do. Kim and I accidentally had perfect timing and stayed for the water fountain dance to music.

I'm really hoping to return to Budapest next year around August to make it in time for the music festival, Sziget which is exclusively on the island.​ 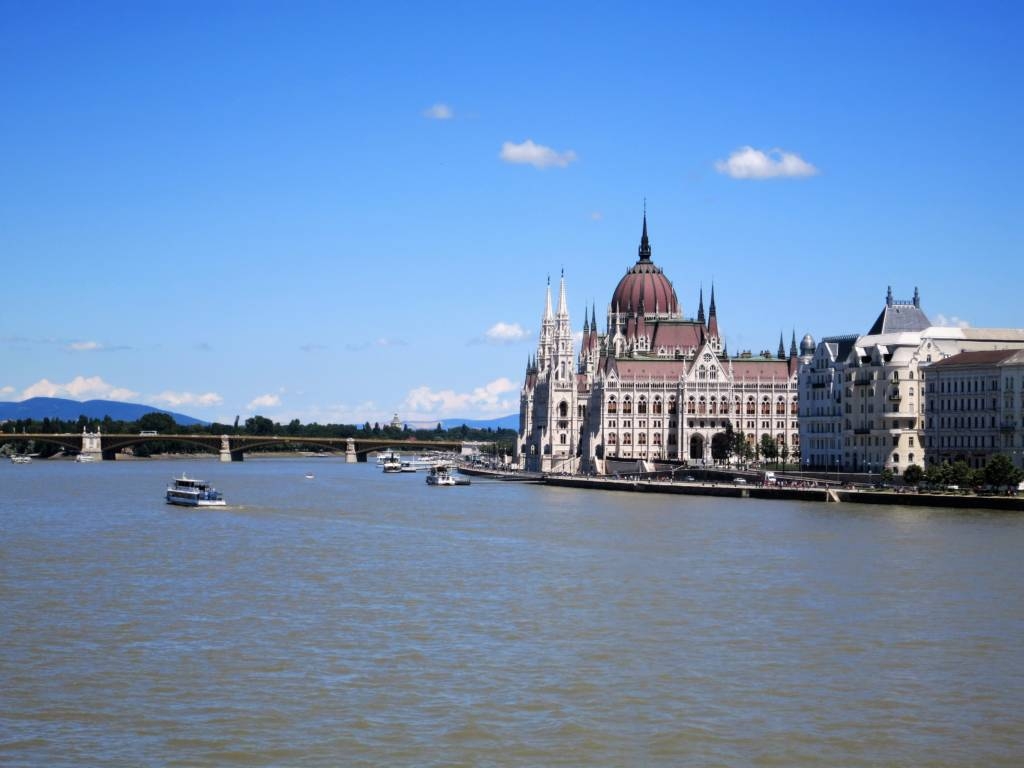 The Hungarian Parliament building is absolutely breathtaking, especially at night. The best views of the building are from on the river. We took a night cruise on the Danube as a special night out and it was worth every penny! They also serve you drinks on board!

You can also go inside the building, but it's best to book online in advance. ​ 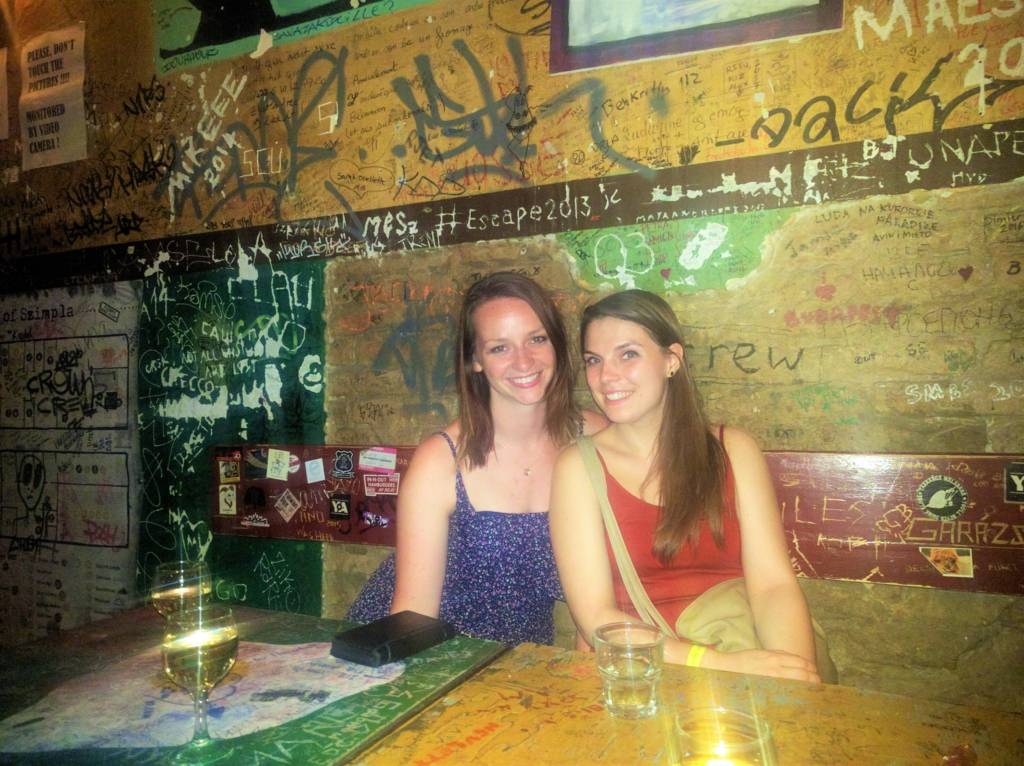 ​The Ruin Bars in Budapest are probably one of the coolest nightlife experiences I've ever had. They are a collection of old, dilapidated buildings, stores, and lots that have been turned into bars.

The most popular is Szimpla Kert (which is where the video was taken). Szimpla Kert used to once be homes and a factory, but now has a different bar atmosphere in each room.

Don't expect cheap drinks though, this is a major tourist attraction!​ When drinking in Hungary make sure to try a shot of pálinka, a fruit brandy that will put some hair on your chest. 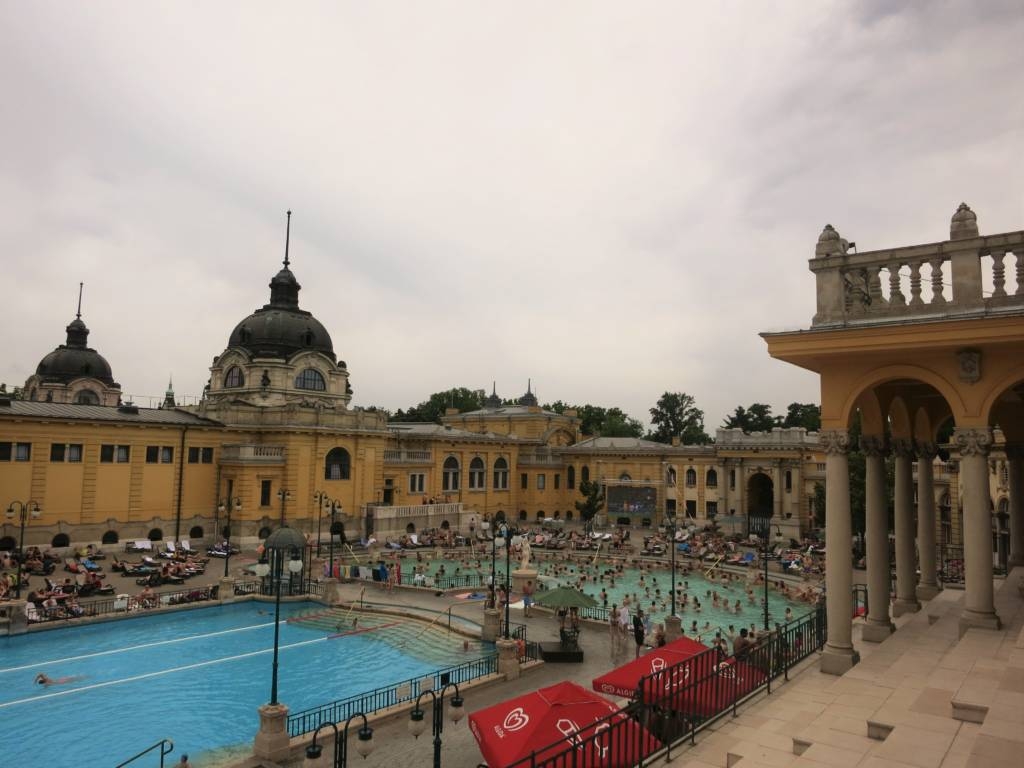 The largest bath house in all of Europe is Széchenyi bath built in the early 1900's. Here people can relax in different temperature pools inside and out. It was a little cloudy when we went, but the four of us enjoyed the relaxation and the grandeur of the neo-baroque style architecture. 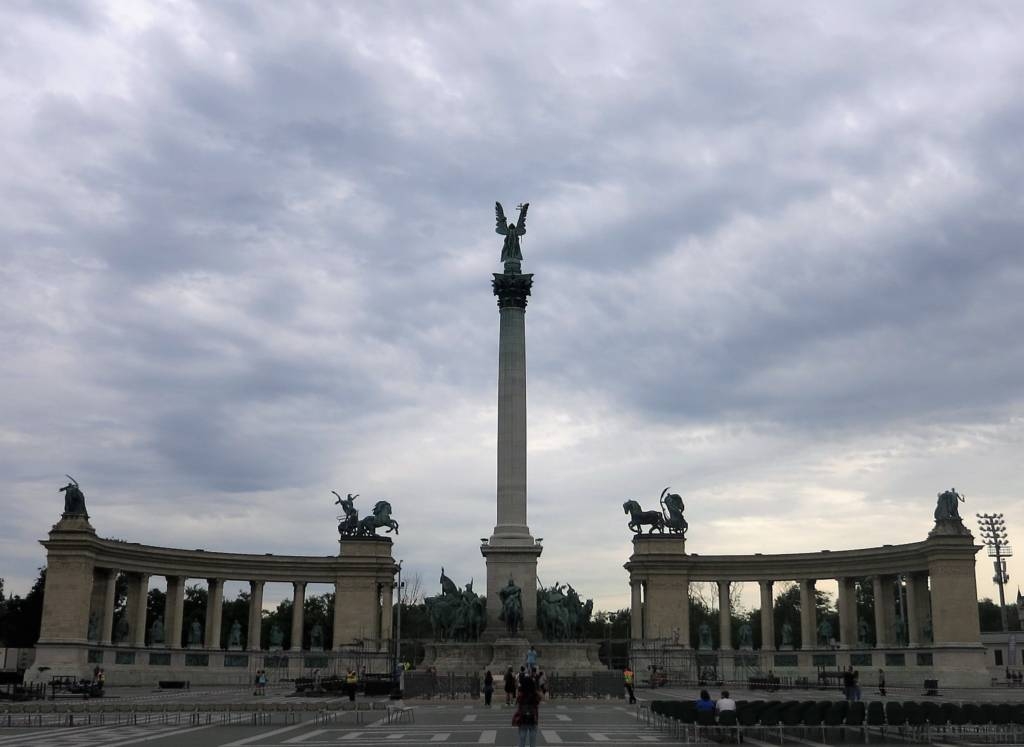 Hősök tere, meaning Heroes' Square, is a quick stop on your way to or from the Széchenyi baths. It's one of the main squares in Budapest and worth a photo op! 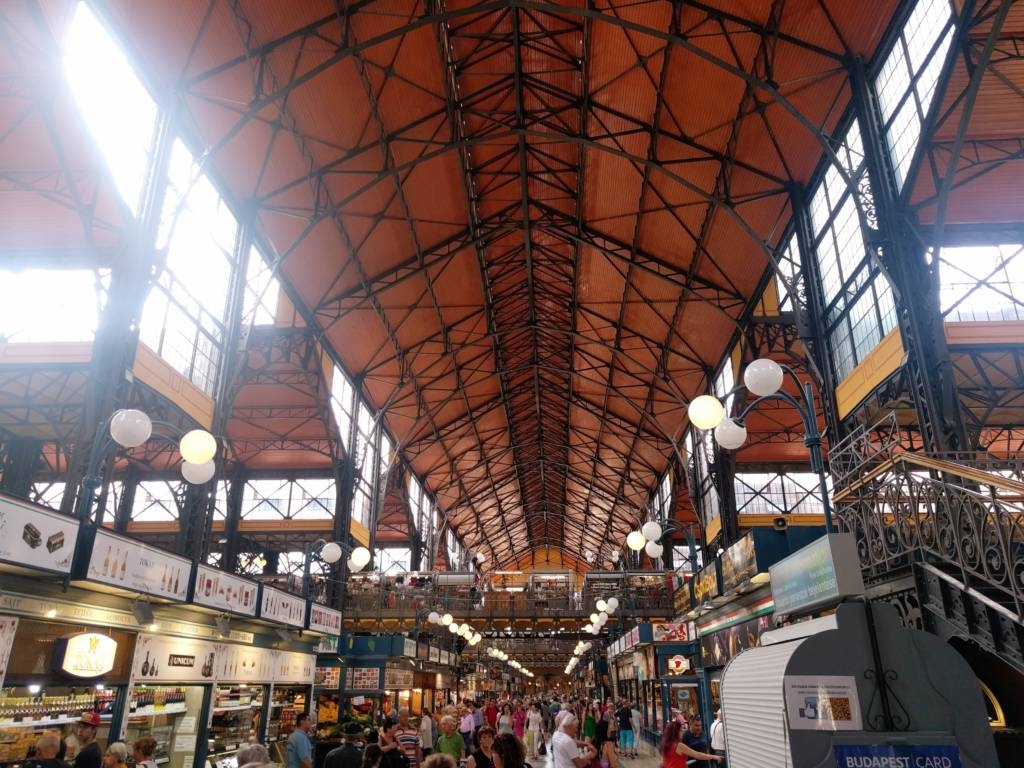 The Great Market Hall can be a short or long visit, depending on your preference. We made ours short because our stomach's were rumbling for a Hungarian meal at a restaurant with table clothes, but for quick eats and all your souvenirs, make a stop here. You can also find lots of shopping on Vaci street! 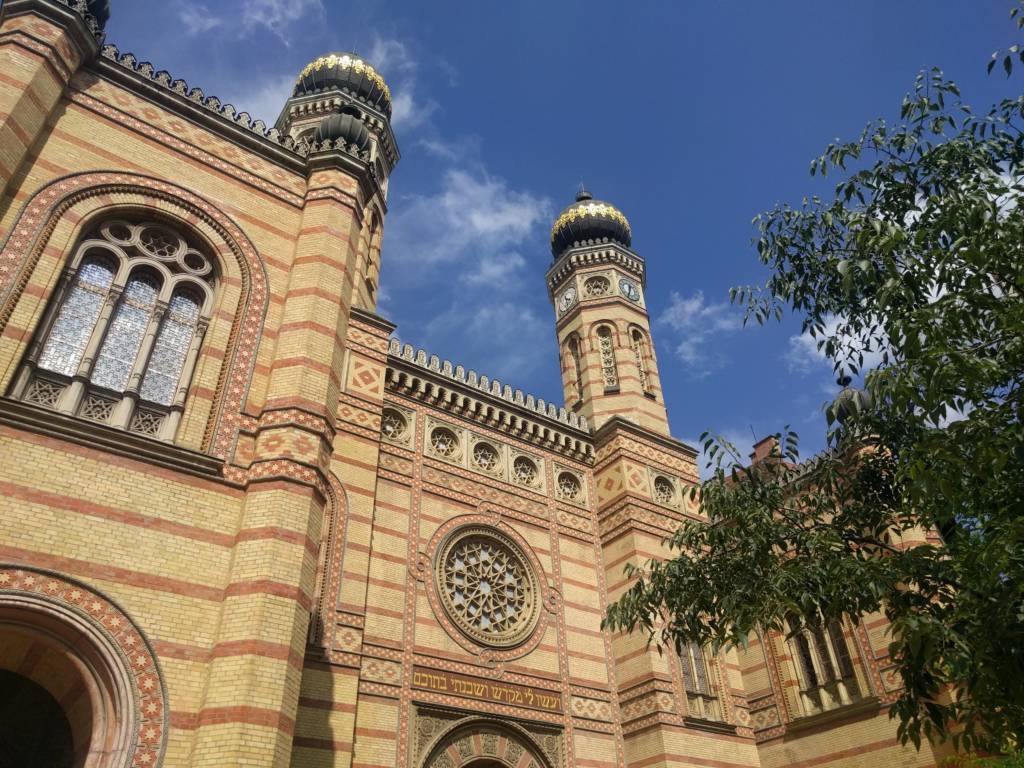 The Jewish district on the Pest side of the city hosts Europe's biggest synagogue. Built in the mid 1800's, you can fit 3,000 people inside. 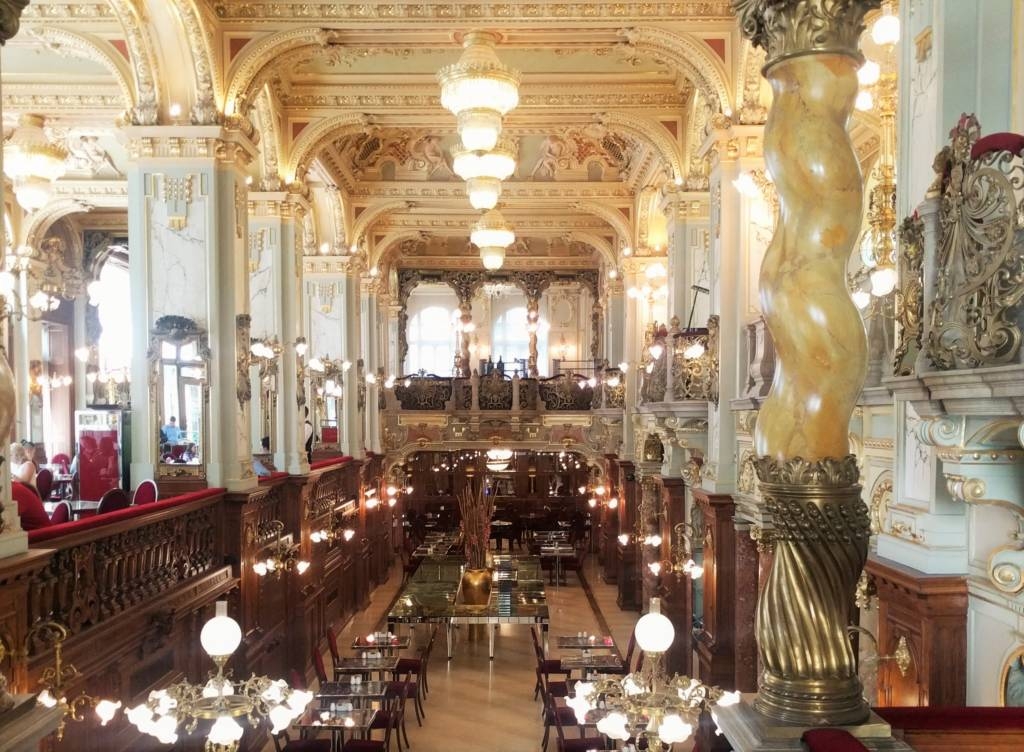 Budapest used to be home to a cafe culture. The N﻿ew York Cafe being one of the grandest and most popular. The who's who of the creative world would frequent the beautiful cafes, drink coffee, write poetry, talk about politics, and create the latest masterpieces. This was Kim and I's last stop in Budapest together and we decided to treat ourselves. I spent the most money on a coffee, since my kopi luwak coffee in H﻿﻿a﻿﻿mburg, but the building was a work of art in itself.

No trip to Hungary is complete without tasting traditional Hungarian food and perhaps some goulash. Don't forget to try Hungarian wine with your meal! 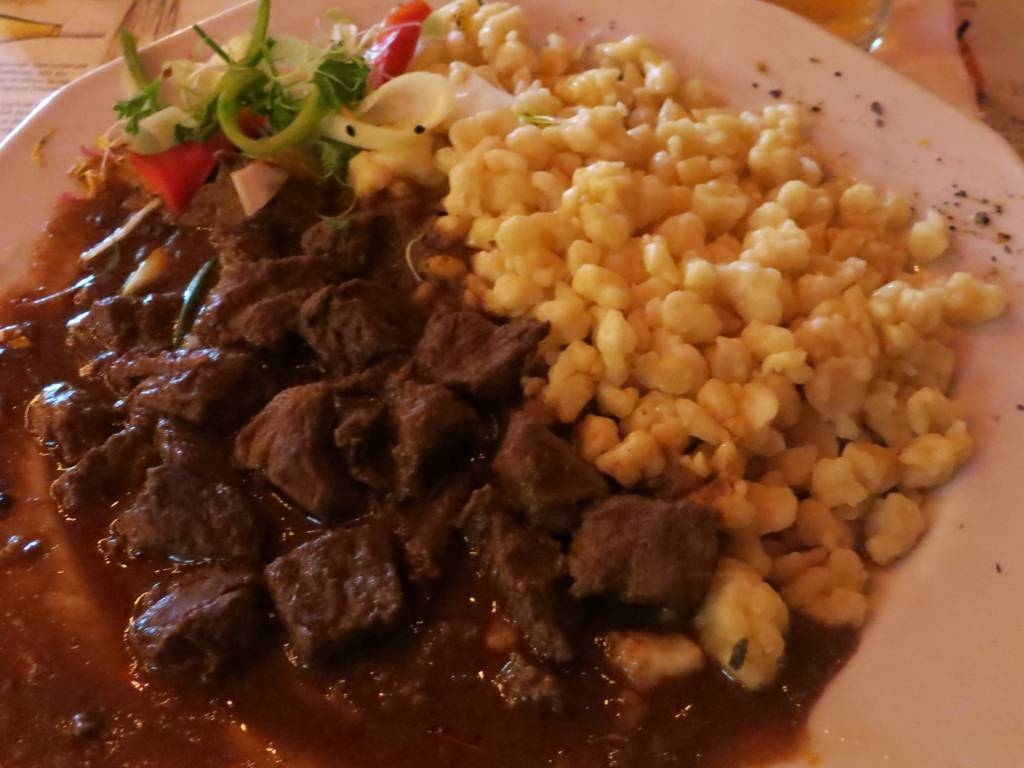 Want more on Budapest? Check out Sander Feinberg Photography, for even more beautiful photos and insight to this magical city!